Murphy and Maher in the medals 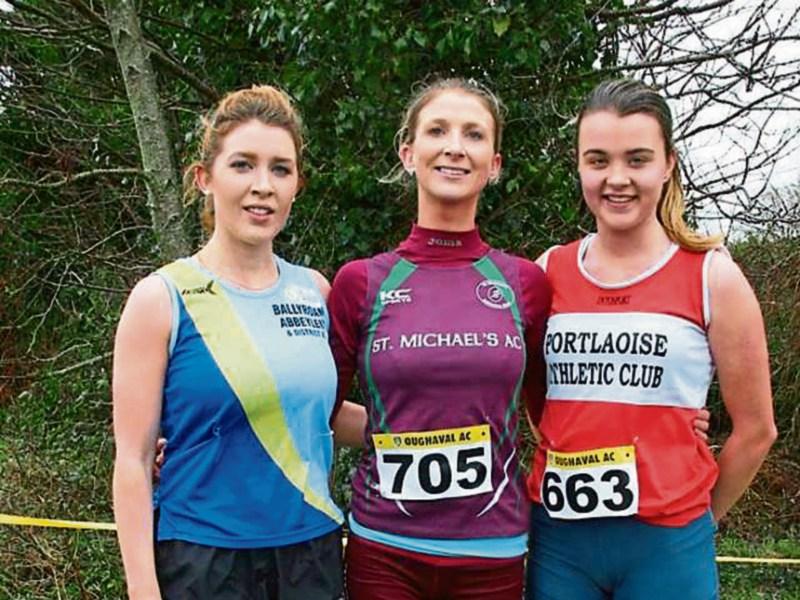 A damp and blustery morning greeted the many athletes and their supporters to the scenic village of Vicarstown.

The Canal Café served as the race headquarters, and provided the spectators and runners with some much needed hot drinks and delicious home baking.

Donations for the lovely fare were collected in aid of the Jack and Jill Foundation, so it was great to see so many digging deep into their pockets for this worthy cause.

The Novice Road Race Championships marks the start of the 2016 County Road Race Championship Series, which takes place over the next couple of months. Eligibility for the Novice race is based on the athletes’ ages (they need to be 19 or over at the end of the year), and on their previous Championships road race results (if they have medalled previously in this race or in a County Senior Road Race, then they are not entitled to run).

Such is the beauty of this race; each year brings on a wonderful mix of new and old contenders, with a guaranteed six new names in the record books each year.

This year’s event was very well organised and this is thanks to the local hosts Oughaval AC. Events kicked off at 11am sharp with some juvenile races over varying distance for difference age categories.

First off were the U-10 races where the girls and boys raced over 300m. There was a good group of juveniles in these races, and the girl’s race was won by Eabha Kehoe from St Abban’s AC.

The Boys U-10 race had a tight finish which saw Zack Devane from Mountmellick AC come out on top. U-13s raced over 600m with both races won in fine style by juveniles from St Abban’s AC with Seoige English taking the Girls race and Jack Fenlon taking the Boy’s race.

U-16s had 1000m to race, and with plenty timing their own races, it was clear to see that many would use their race time as a benchmark for future training and racing. Oughaval AC did the double here with Orla Fennelly and Cathal Connaughton proving their dominance and winning their respective races in impressive fashions.

The Ladies Novice Race was over 3K, and the pre-race favourite Lisa Murphy from St Michael’s was an impressive winner, continuing her fine spell of top running both locally and nationally.

It was clear to see who the winner of the Men’s Novice race over 6K was before the first kilometre had been completed, with Colin Maher from Ballyfin AC already carving himself a substantial lead which he continued to extend as the race went on, winning by almost two minutes!

Content to fight for second and third, and the all important team placements, the rest of the field battled on well. There was a super sprint finish between Tom Dunne (Ballyroan, Abbeyleix and District AC) and Aindriu O’Comhraidhe (St Michael’s AC) with Tom Dunne coming out on top to take the silver medal. The team gold went to Portlaoise AC (22 Points), followed by St Michael’s AC (42 Points) and Ballyroan Abbeyleix and District AC (51 Points).

The next Championship Road event will the inaugural Intermediate Road which will take place this coming Sunday 28th February in Kilcavan. This is open to all athletes who have not placed in any previous running of a County Senior Road Championships, so there are sure to be some great runners present and some great battles to be fought!