Chríost Rí show no mercy as they march into final 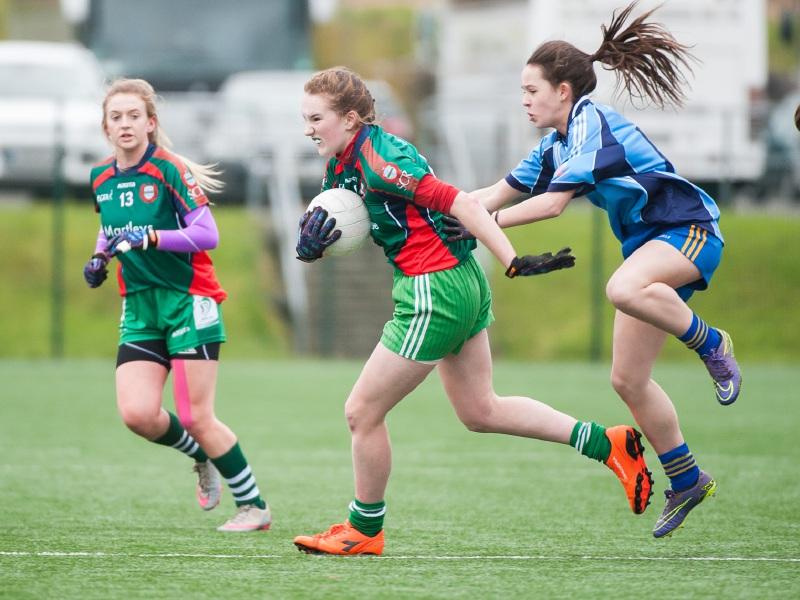 Scoil Chríost Rí Portlaoise breezed into another All-Ireland final last Friday afternoon, as they saw off the challenge of Convent of Mercy, Roscommon in St Loman's, Mullingar.

Two goals in the opening ten minutes stunned the Connacht champions, and Portlaoise were never in any real trouble after that, as a typically dominant team display from them kept Convent of Mercy firmly at arm's length.

The free-scoring trio of Emma Lawlor, Erone Fitzpatrick and Jenny O'Neill caused havoc from the opening stages, and it will take either an exceptional team or complacency on their own part to deny them back-to-back All-Ireland titles.

Having won the 'C' All-Ireland last year, Chríost Rí have easily dealt with the jump up to the 'A' grade this year. While the spine of their team is strong, it's the fact that they have good footballers in every position which makes them such a formidable side.

The writing was on the wall for the Roscommon girls very early, as Emma Lawlor and Gillian Keenan both pointed inside the first minute to get Chríost Rí up and running. Erone Fitzpatrick then set Lawlor up in the penalty area, and she shot low to the bottom left corner for the opening goal.

Convent of Mercy hit back with a pointed free, but another goal from Emma Lawlor saw her side lead 2-2 to 0-1 after just ten minutes. Erone Fitzpatrick took centre stage after that, firing in 1-1 in quick succession, as Chríost Rí kept surging ahead.

A brilliant Aimee Keane save denied Convent of Mercy a goal at the other end, and Jenny O'Neill left them to rue that missed chance as she hammered a shot high to the net from close range; Chríost Rí now 14 point in front.

The last three scores of the half went to the Connacht side, however, all from the boot of Savannah Cassidy, and they opened the scoring in the second half too.

Chríost Rí quickly quelled any potential comeback, however, as they got a fifth goal through Emma Lawlor. Convent of Mercy hit back in kind through the impressive Savannah Cassidy, but it was brief respite.

Three points in a row were registered before the goals started to flow once more, with Erone Fitzpatrick getting two and Emma Lawlor getting another, making it four goals for her on the day.

Chríost Rí got a little complacent after that, and Convent of Mercy finished the game very strongly, scoring 3-3 in the last five minutes to fire a timely warning to the Portlaoise girls.

No date for the final has been confirmed as of yet, but it has to be played before Saturday, March 12, so another All-Ireland title may not be too far away.