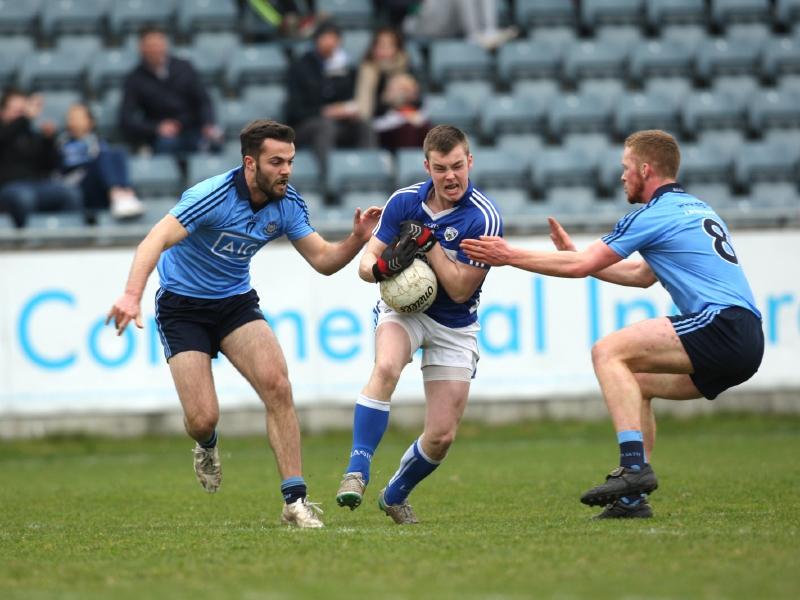 Laois' dreams of a first Leinster final appearance since 2009 were dashed on Saturday evening, as they lost out to Dublin in Parnell Park.

The final 12 point winning margin for the Dubs didn't flatter Laois, who had competed well throughout before tiring late on, as Dublin's strength in depth and fitness came to the fore.

There were high hopes for this Laois side at the start of the year, and they played some good football at times in this game, but Dublin were just too strong.

Derek Conroy's charges trailed by just three points at the start of the second half, before a crazy five minute spell which saw both teams have a man sent off ended with Dublin emerging the stronger of the two teams, and they held a strong lead from there to the end.

Dublin got off to a bright start, with Glenn O'Reilly firing over the first point of the game with barely 20 seconds on the clock. It was an early warning for Laois, and Martin Cahilan found himself in space soon after to double the hosts lead.

Laois were struggling with the pace and physicality of Dublin early on, and the hosts were taking advantage, as they went three clear in the fourth minute when Michael Deegan slotted over from 21 yards out. Con O'Callaghan the opened his account with a free in the ninth minute, as Dublin looked like they were going to run away with it.

Nigel Murphy finally opened Laois' account when a driving run from the Emo man ended with him easily slotting over a score, but it was quickly cancelled out by O'Callaghan. Laois needed something significant to stir them into life, and Evan O'Carroll provided it in the 16th minute.

The Crettyard man won possession out on the right wing and eventually battled his way past a couple of challengers, before cutting in at pace and firing a left footed shot to the bottom corner.

The score game Laois a huge lift, but it also spurred Dublin into action. In their next attack they swept down field and worked the ball to Chris Sallier, and he rattled the back of the net to quickly cancel out Laois' score.

When Glenn O'Reilly added a point moments later it looked like Laois' hopes had come and gone, but to their credit they dug in and kept themselves in the game. Evan O'Carroll pointed once more before Laois lost Sean Moore to harsh black card, although his replacement, Tom Shiel, quickly got himself on the scoreboard.

Evan O'Carroll (free) and Con O'Callaghan traded points late in the half, as Laois trailed by just four points at the break, 1-8 to 1-5.

Michael Keogh pointed early in the second half to cut the deficit down to three, but football took a back seat in a frantic few minutes after that score. First, Brian Daly was sent off for a clash with Michael Deegan. It seemed harsh on the Barrowhouse man, considering Deegan was black carded for the same incident. Two minutes later, Tom Lahiff was sent off for the Dubs for a late challenge on Liam Knowles, as both teams were now down to 14 men.

The crucial score came next, as Colm Basquel, in for Deegan got Dublin's second goal, and they pushed ahead from there. They went eight points ahead as Laois looked out of ideas, but they had one last push left in them.

Tom Shiel played a one-two with Micheal Keogh and blasted past Lorcan Molloy to get his side within five, but that would be the last score Laois registered.

Dublin tightened their grip on the game from there and hit seven points from there to the end, as they eased themselves over the line and into the final.