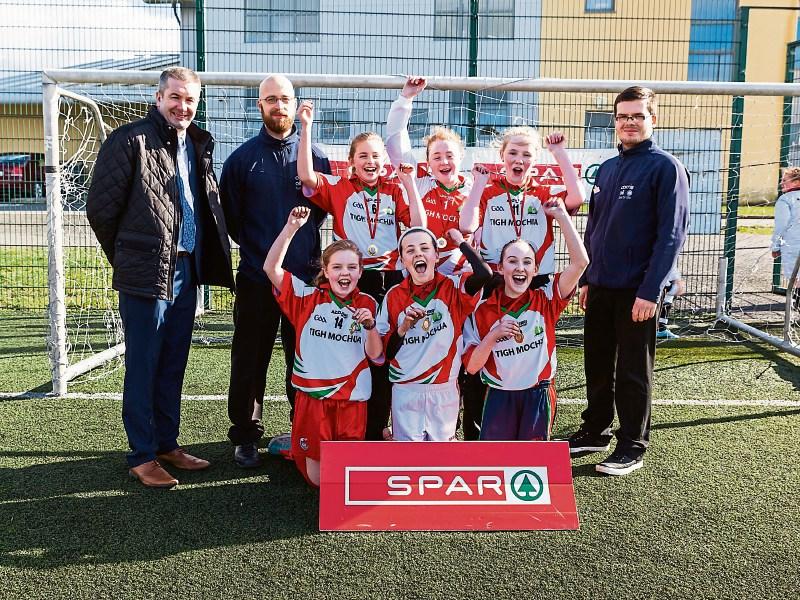 An incredible 350 students from 15 schools participated with just five schools progressing to the provincial finals.

The ‘A’ Cup, open to boys and/or mixed teams, had seven highly competitive schools with the final between the impressive Killanure N.S and Mayo N.S. It proved a thrilling encounter with Killanure winning out 1-0 in the end.

The ‘B’ Cup again proved to be a tense affair with six teams involved in this division. The ‘B’ Cup finals were run over a league format with very little between the top three teams Gaelscoil Phortlaoise, Ballyfin NS and The Heath NS. It all came down to the final two games in which The Heath NS came out on top to claim the title

The winners will now progress to the Mid Leinster Finals on April 13 in Portlaoise Leisure Centre.

The Girls ‘A’, ‘B’ and ‘C’ Cup finals were held on March 9 in Portlaoise Leisure Centre with Scoil Mhuire Fatima Timahoe defeating Shanganamore N.S in the Girls ‘A’ Cup, catering for small schools. St Colmans N.S Stradbally was victorious over a strong Gael Scoil Phortlaoise in the Girls ‘B’ Cup Final for medium sized schools.

The girls division has continued to grow over the past number of years with 84 students taking part in the Laois County Finals.