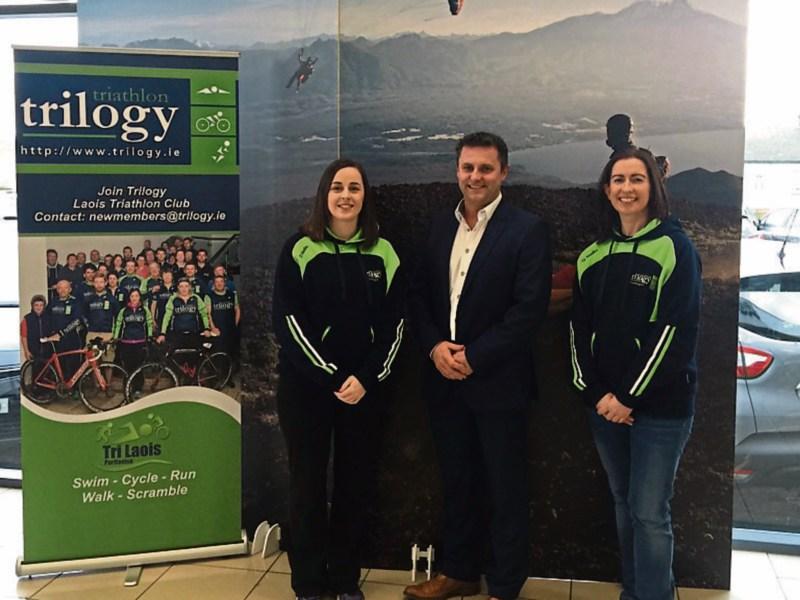 Trilogy Triathlon Club Portlaoise has come a long way since its foundation in 2004, beginning with just three founding members and growing to over 100 members in 2016.

The club is ranked third nationally with some members ranking first in their age groups and have their sights set on the World Triathlon Championships in 2017.

Trilogy is busy preparing for its 9th annual Triathlon on April 9th in Portlaoise. Triathlon is now the fastest growing sport in the country so it's no surprise that close to 300 athletes are travelling to race in this local event.

The swim is a pool-based swim in which competitors must complete 30 lengths of the pool or 16 lengths for the Try-A-Tri distance in the Portlaoise Leisure Centre.

The 20km cycle then takes the competitors out the old Dublin road, over a gradual incline towards Emo, then returning via quiet roads to complete the cycle leg, the 5km run is over a largely flat out-and-back route local to the town.

The event is open to all, but has been particularly designed for anyone racing their first event - either as a team or as individuals. The short-distance, pool-based swim makes an ideal dry run for longer events outdoors later in the season. The event is the first Triathlon Ireland competitive triathlon in Laois, and the organisers hope the central location makes the event accessible to all.

TriLaois has something for everyone with the kids Aquathon back again for 2016, we've medals for the children who take part and trophies for the first boy/girl in each age group, they can celebrate their achievement on the bouncy castles which will be onsite on the day.

The local community shows fantastic support for this growing club with Joe Mallon Motors sponsoring TriLaois for the second year running. We have continued support from Laois Sports Partnership, and Mulhalls Super Valu has come on board this year too.

Excitment is building ahead of this event, especially for our new members whose first triathlon be be TriLaois, they began training just seven weeks ago with our Try with TriLaois training programme and we are incredibly proud of every one of them and the hard work they have put in

Anyone that wants to get involved or help out on the day can get in touch with the club on our Facebook page or come along and soak up the atmosphere of what is sure to be another fantastic family day out.

The club welcomes new members and further info is available from newmebers@trilogy.ie