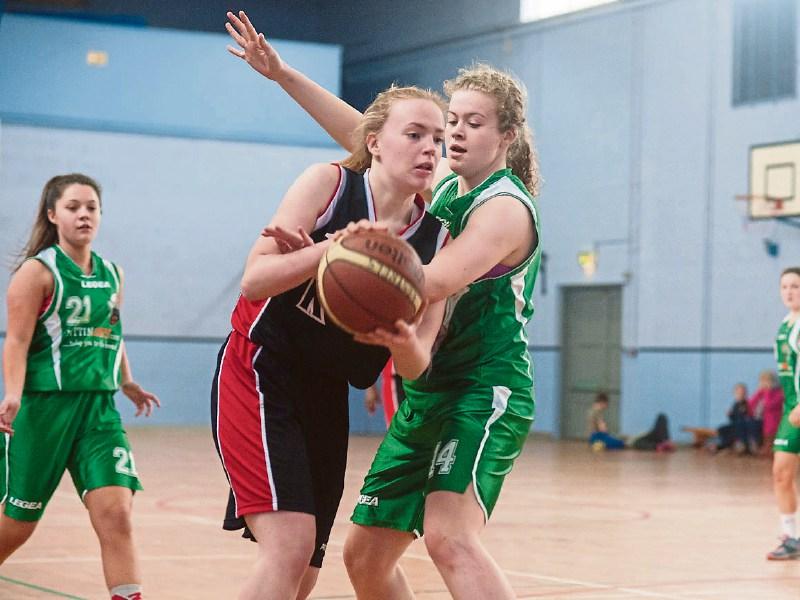 The Portlaoise boys U-13 basketball team travelled to play their last Dublin League game of the season.

Portlaoise started the better with the first couple of baskets from Sean Gilbather and Brochan O Reilly. Portlaoise kept the scoreboard ticking over with good movement of the ball resulting in baskets from their ball handler Christian Kenny and Brochan O'Reilly.

As the quarter came to a close they held a nine point lead thanks to good work from Matthew Coonan and Aaron Dooley.

The second quarter saw the bigger and stronger Portlaoise lads start to dominate with fine shooting from Michael Gilsenan and Sean Gilbather who was eventually to be top scorer of the game with an excellent 12 points. Portlaoise had good performances from Luke Thompson and Eoghan Dempsey. As the half-time whistle approached Portlaoise extended their lead thanks to fine shooting from Christian Kenny and Michael Gilsenan to see them lead by 15 points.

The second half saw the Dublin boys to their credit come out strong with some excellent defensive work to prevent the visiting team extending their lead but they were not able to put points on the scoreboard and for the next few minutes neither team scored. Portlaoise eventually got baskets from Matthew Coonan and Eoghan Dempsey.

The last quarter saw the Dublin lads go on a full court press to try to bridge the gap but Portlaoise showed good composure to pass quickly which ended with baskets from Christian Kenny and Sean Gilbather.

As the game came to a close there was little doubt of who was going to win with Portlaoise finishing strong with scores from Christian Kenny and Luke Thompson to help their team to a well-deserved win.

Club Chairman Seamus Dooley who travelled to all Dublin games with the team explained that this was the first time in many years that the Club put teams into the Dublin League and it had been a great success. It was a great experience for these young players that saw them win eight of their ten league games while also having an excellent Cup run to reach the Dublin Cup Final.