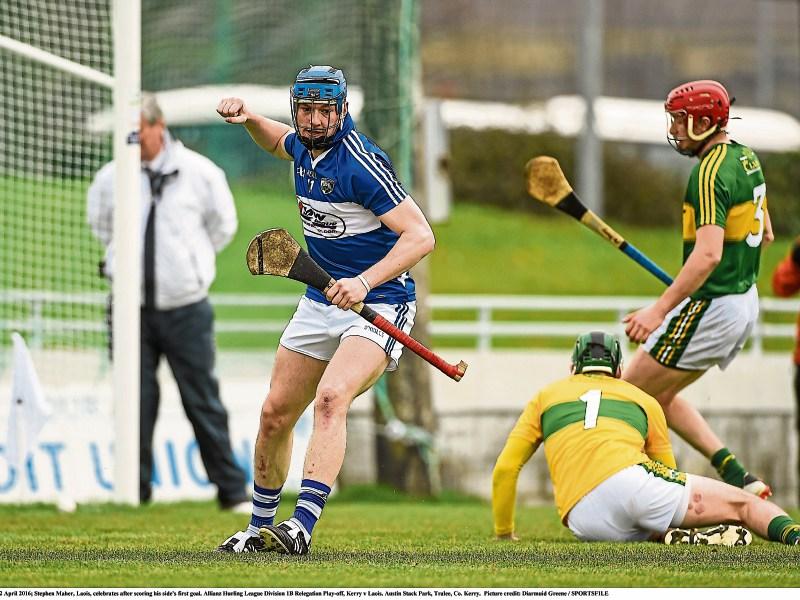 Laois plunged themselves further into the relegation mire on Saturday evening, as a thoroughly disastrous clash with Kerry leaves them with just one more chance of salvation.

Having been soundly beaten by the Kingdom hurlers in O'Moore Park in the opening round, there was some hope that Laois had learned from both that game, and their performances in the rounds since. Unfortunately, that wasn't the case, as Kerry outclassed them in Tralee on Saturday.

Using simple, direct hurling, Laois found themselves under a torrent of pressure from Kerry, and they couldn't cope. To compound matters, they had three players sent off in the second half, with two of them – Ross King and Willie Hyland – now set to miss the playoff with Westmeath.

It is an unfortunate fall for Laois, who just last year made massive strides forward with the championship win over Offaly, but have struggled in the face of a wave of retirements and injuries in 2016.

Most of the manpower lost was in defence and it was once again here where Laois struggled. In their two games against Kerry this year they have conceded 3-51, and they will have to tighten things up if they are to avoid the drop to Division 2A.

Matthew Whelan's forced withdrawal through injury won't help on that score, as Cheddar Plunkett now needs a new batch of leaders to emerge from the squad for the game with Westmeath.

Laois had started brightly, with Paddy Purcell and Cha Dwyer pointing to put them in a 0-2 to 0-1 lead with a little over a minute gone. Kerry, cheered on by a vocal home support, responded well, and had worked their way into a one-point lead before PJ Scully set up Picky Maher for the opening goal of the game.

That score saw Laois lead 1-3 to 0-4, but Kerry seemed unperturbed, responding with two points in a minute to draw themselves level. From there to half time, the Munster men were dominant, with Laois only keeping in touch thanks to sporadic scores.

Kerry's half forward line were impressive throughout the half, both on their own puck outs and on the scoreboard. Shane Nolan, Michael O'Leary and Brendan O'Leary caused havoc, and Laois struggled to contain them, as they landed points from all angles. By half time, Kerry lead 0-17 to 1-8, with their three half forwards accounting for 0-12 of that total.

Laois needed a bright start to the second half and they got it, as Enda Rowland and Willie Hyland pointed either side of a Jack Goulding effort. Laois were moving well now, but the game swung back in Kerry's favour in dramatic fashion. Cha Dwyer spurned the opportunity for a point when he tried to force his way through on goal, only to cough up possession. Kerry countered quickly, and a long ball found John Egan behind the Laois full-back line, and he fired past Enda Rowland.

Laois were in real trouble now, and things quickly got worse when Willie Dunphy was shown a second yellow card for a foul on Kerry's goalkeeper Aidan McCabe. Both sides exchanged a couple of points before Laois were dealt another blow.

PJ Scully and Willie Hyland saw close range efforts for goal scrambled clear, and as Kerry cleared their lines, Ross King was adjudged to have fouled McCabe off the ball, and he was shown a straight red card.

Down to 13 men and trailing by seven points, there only ever looked like being one outcome from there, and unfortunately, things got even worse. Shane Nolan punished Laois further with a second Kerry goal, before Willie Hyland became the third Laois man to be sent off.

The incident seemed innocuous enough, but referee Sean Cleere completed a hat-trick and sent him to the line, meaning Laois will be without their most experienced forward for the clash with Westmeath. If Matthew Whelan fails to recover, then an already youthful Laois team will have lost their two most experienced players.

Now is the time for the next generation to stand up to the plate.