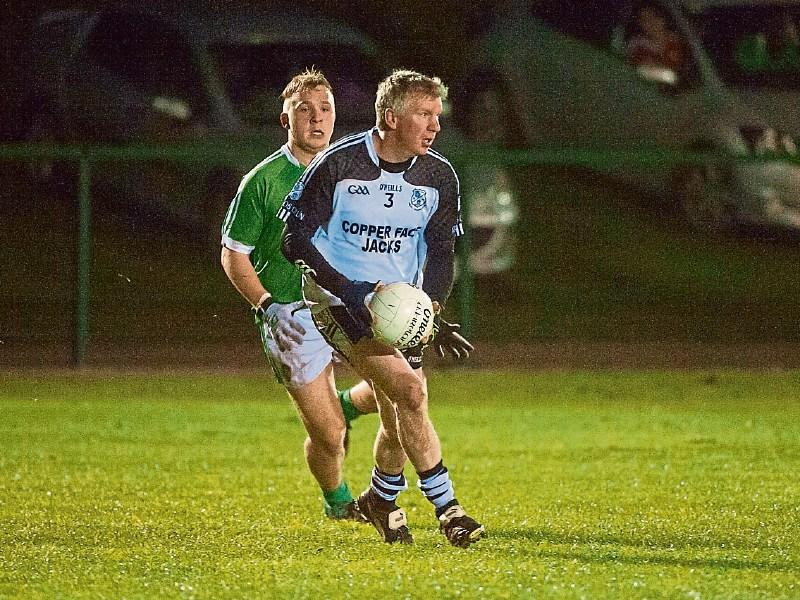 Stradbally ensured the official unveiling of their new floodlights was an memorable occasion, as they claimed a nine point win over Arles-Killeen last Friday night.

A brilliant goal in the second half from Jamie Kavanagh set them on their way, with Arles-Killeen left too reliant on the brilliance of Jason Enright. He was their only source of scores in the game, and some of them were a sight to behold, but it was Stradbally's greater number of scoring threats which got them over the line.

Enright had given Arles-Killeen an early lead when he fired over a free in the fifth minute, but Stradbally wasted little time in responding, thanks to Tom Shiel. Another free from Enright, a superb effort from distance, edged the visitors back in front, but Stradbally dominated the next ten minutes or so.

Jody Dillon brought them back level with a sweetly struck free from the left wing, and Gary Comerford then gave them the lead, again from a free. Stradbally then missed a glorious chance for a goal after that when Tom Shiel blazed over from close range, but they were at least building momentum.

Gary Comerford then scored a brace of frees as the men in green now lead by four, with Enright again offering a response for Arles-Killeen. Comerford and Enright exchanged points late in the half, and that left the hosts 0-7 to 0-4 in front at the break.

The second half started in a whirlwind, with Stradbally taking a stranglehold on proceedings just two minutes in. Jamie Kavanagh went on a jinking run through the Arles-Killeen defence, and after beating a couple of challengers, he slid a shot into the bottom right corner.

Jody Dillon added a point moments later, and the home side now lead by seven, and it was a long way back for Arles-Killeen. Enright tried to keep them in touch, with another free, but Stradbally should have wrapped the game up in the following minutes.

Tom Shiel saw a goal effort brilliantly saved by Mick Leigh before Comerford landed another free. Jody Dillon then was put through on goal, and even though he managed to beat Mick Leigh, his effort struck the post and rebounded to safety.

Jason Enright got Arles-Killeen back within six when he curled over a brilliant free, striking the ball off the outside of his left foot from close to the left sideline, and curling it beautifully over the bar.

It was a great score, but it proved to be the final one registered by Arles-Killeen, as Stradbally finished strongly. Padraig Fitzpatrick kicked a fine score from the right wing, and Gary Comerford added his sixth point, and first from play, to calm any fears of a potential Arles-Killeen comeback.

Two more points before the end from Jody Dillon was the icing on the cake, as the home side ran out winners.