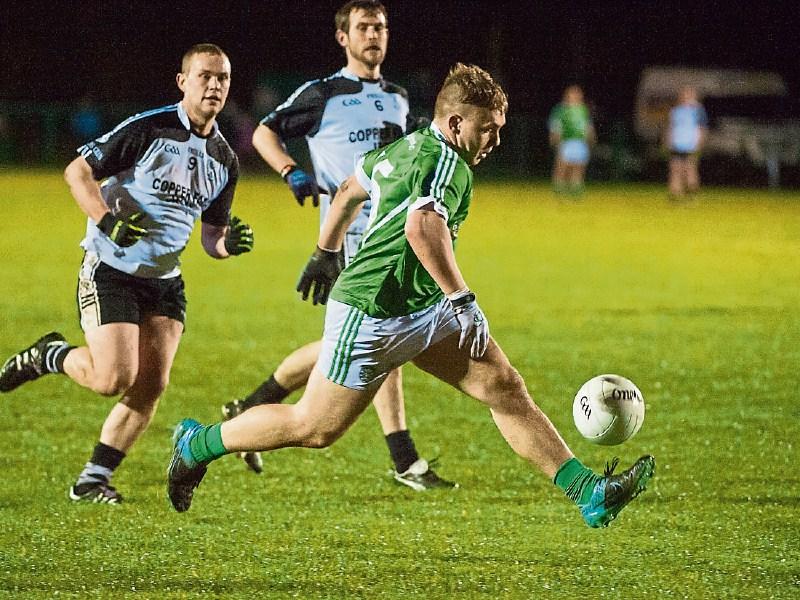 Arles-Kilcruise withstood a second half comeback from Portarlington to claim their second win of their ACFL Division 1A campaign in McCann Park last Friday night.

The visitors got off to a bright start when veteran Chris Conway kicked the opening score of the game with just three minutes on the clock, and that set the scene for a dominant start to the game for Arles.

David Conway was next to find the target, as he hit a purple patch to go on a run of three points without reply from the hosts, as Kilcruise lead by four.

Portarlington were struggling across the field, and they only earned a brief respite when Jason Ward fired over a point midway throught the half.

It did little to quell Arles-Kilcruise's appetite for scores, however, and they were soon back on the front foot. Chris and David Conway were involved in the build up, where Brendan Conway proved to be the executioner, as he found the back of the net to put Arles in control.

Ciaran Lawlor then converted a 45, and at half time, Arles-Kilcruise lead 1-5 to 0-1. They then came out at the start of the second half and kicked the first two points, both from Chris Conway, as Portarlington looked to be set for a one-sided beating.

That wasn't the case, however, as they made some positional switches and dominated the rest of the game. Ian Dyer, Darren Feane and Jonny Fullam all hit the target, as Port laid siege to the Arles goal. Fullam and Jake Fozter added further scores, but try as they might, Portarlington just couldn't get any closer.