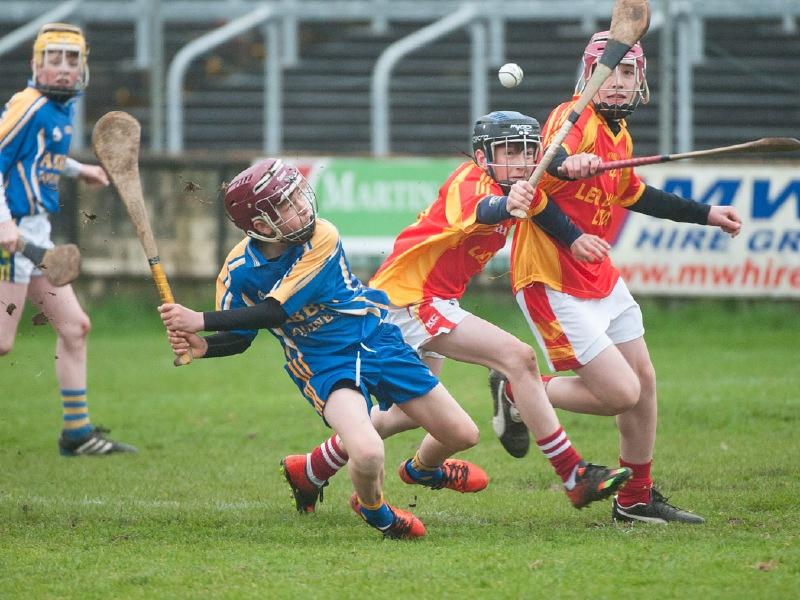 Abbeyleix claimed the U-14 'A' Féile title in O'Moore Park on Sunday evening, as they had too much for The Harps.

After a fairly even opening few minutes to the game, Abbeyleix eventually put some daylight between the teams, and The Harps just couldn't reel them in.

Conor Delaney fired over a long range point within seconds of the throw in to give The Harps an idela start, but Aaron Brennan hit back with a brace of points for Abbeyleix.

Delaney found the target for The Harps once more when he landed a long range free, but the rest of the half belonged to Abbeyleix.

James McWey and Lee Maher both hit the target to push them two ahead, and the impressive Aaron Brennan managed three more points before half time, as Abbeyleix lead 0-7 to 0-2 at the interval.

The Harps needed to come out all all guns blazing in the second half, but two more Brennan frees kept Abbeyleix in control.

When Ben Freeman struck for the only goal of the game with six minutes left it left The Harps with too big a mountain to climb, as Abbeyleix closed out the game from there.