Camross prove too strong for Ballinakill 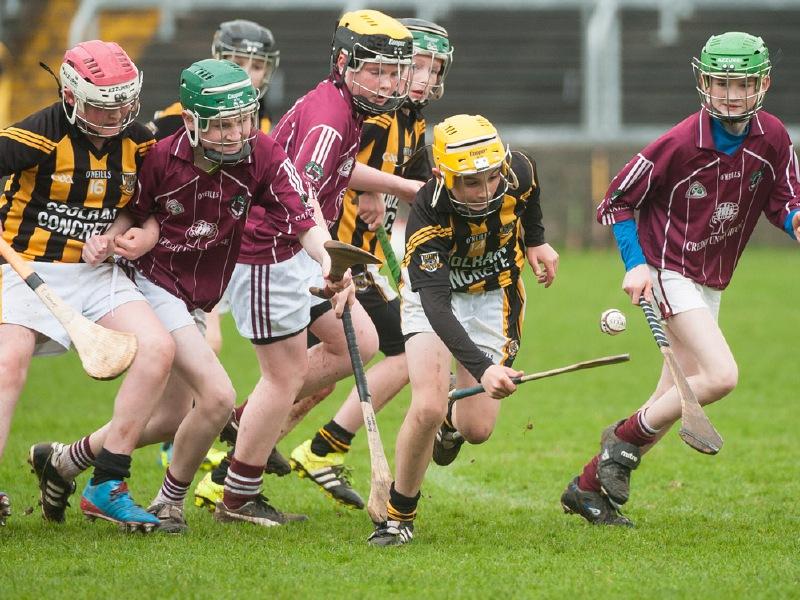 Camross claimed the U-14 'B' Féile title on Sunday evening, as they had far too much for an understrength Ballinakill side in O'Moore Park.

Ballinakill were without twins Cian and Cathal O'Shaughnessy, and they felt their absence on the scoreboard, as they found score a little tougher to come by.

Camross were a highly impressive side though, with an impressive mix of size and skill across the field, and they were worthy winners on the day.

Ballinakill had taken an early lead when Mark Kehoe sent over a free from distance, but Camross hit back in fine style thanks to two well-struck frees from Daniel Delany. They then pounced for the only goal of the game, when Ryan Cuddy got the vital touch from close range.

Another free from Delaney kept them on the front foot, and with Camross now finding their rhythm in attack, Ballinakill were findnig it hard to keep them at bay. James Cuddy and Tomás Keyes were both on target before half time, and that left Camross 1-6 to 0-1 to the good.

The second half was one-sided on the scoreboard, althought Ballinakill weren't found wanting when it came to effort, but the Camross defence were just on top form.

They added five more points in the second half, while both 'keepers made excellent saves, as Camross ran out winners.