Division 1B status ensured after victory 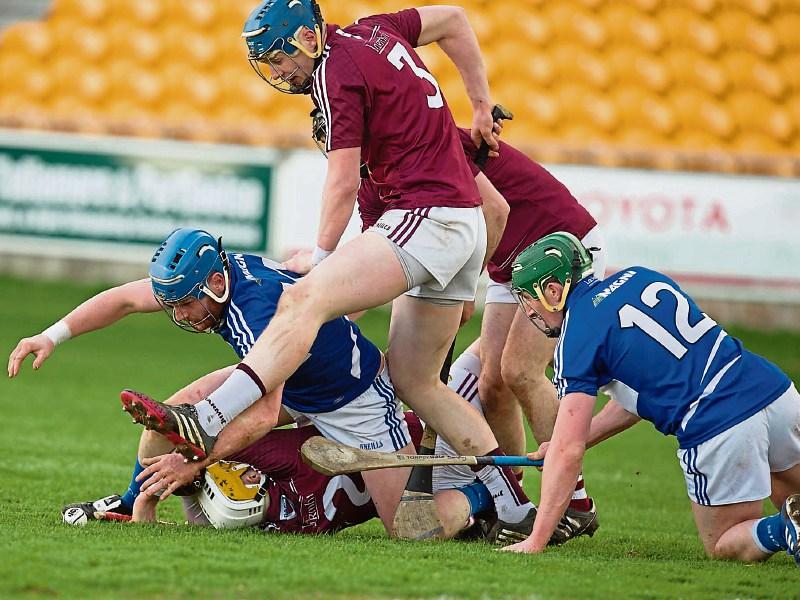 They made us all wait, but the Laois senior hurlers got their first win of the season on Saturday afternoon with a seven-point victory over Westmeath in Tullamore.

The win ensures their survival in NHL Division 1B, a massive relief to everyone involved as it ensures Laois continue to mix it with the top teams in the country.

The 2016 league season proved to be a difficult one for Laois, but with the amount of players they have blooded at this level, and relative inexperience of the team Cheddar Plunkett has been forced to build, it can't be underestimated how much his players will have taken from these last seven games.

It was far from ideal to have them struggle for so long, but when it mattered on Saturday, a young injury and suspension hit team stood up to the plate and secured a crucial victory.

In our preview to the game we had mentioned that some new leaders would have to come to the fore, and that's exactly what happened. Cha Dwyer hit six points from play, none of them routine and one, in particular, a moment of breathtaking brilliance.

PJ Scully hit 0-10, including three from play as he again showed that there is more to his game than free-taking. Patrick Purcell was dropped back to play in the role of sweeper, and he was brilliant. He intercepted countless Westmeath attacks as well as making two lung-busting runs forward in the second half which resulted in scores.

Allied to the younger players were the older stock, players like Cahir Healy, Matthew Whelan and Darren Maher, all turning in composed and crucial performances. Healy in particular, when switched over to mark Niall O'Brien, was immense.

The first half opened at breakneck speed, with Niall O'Brien getting Westmeath on the scoreboard with barely 30 seconds on the clock.

From the puck out, Laois broke forward and John Lennon hit the target from 55 yards out, as both sides got their eye in early. Eoin Price and Cormac Boyle hit back for Westmeath to push them two ahead, but it was a briefly held advantage.

Cha Dwyer made room to get a shot away from the left wing, and Willie Dunphy then brought Laois level with an excellent individual score from close to the sideline on the left side of the field. PJ Scully then made it three in a row as Laois took the lead for the first time, and that set the tone for an opening half which saw the lead swing from one side to the other, and the sides were level on nine occasions.

Niall O'Brien, who was a constant thorn in Laois' side in the first half, got the second of his six first half points to restore parity, and Liam Varley then battled hard to restore Westmeath's lead. Neil Foyle got Laois back level, before O'Brien and Cha Dwyer traded to points to see the sides level at 0-6 each after just 14 minutes, with the sides averaging almost a point a minute.

PJ Scully edged Laois back in front from a free, the first score of the game from a placed ball, but Niall Dowdall soon brought Westmeath back into it.

PJ Scully then pointed a brace of frees either side of scores from Eoin Price and Niall O'Brien as the teams remained deadlocked at 0-9 each, before Brendan Murtagh's free gave Westmeath the lead.

Scully, again from a placed ball, made it 0-10 each, but Westmeath managed to hit two in a row in quick succession after that.

Niall O'Brien got both of them, as they now lead by two points, although another PJ Scully free, his sixth point of the half, left just one between the sides at half time; 0-12 to 0-11.

Laois emerged for the second half with real intent, and Cha Dwyer had a point scored after just ten seconds. PJ Scully added another moments later, and Laois had gone from chasers to leaders in the space of a minute. Liam Varley missed a goal chance before an outrageous bit of skill from Cha Dwyer saw him evade two markers and score a contender for Point of the Year from the left wing.

Eoin Price responded for Westmeath, but Laois were building up some real momentum now, and Willie Dunphy added another to resore their two point lead. A burst forward from Paddy Purcell earned a free which PJ Scully pointed, but Brendan Murtagh soon cancelled that out.

Laois were unperturbed though, and they hit the next three points from Enda Rowland, Cha Dwyer and PJ Scully (free) to push themselves into a five point lead with just ten minutes to play.

Westmeath really needed a goal, but Laois never really looked like giving up a decent chance, and Enda Rowland wasn't called into action. Brendan Murtagh (free) and Niall O'Brien did get points back for Westmeath, but Laois were in control, and they finish strongly.

They scored the last three points of the game, from Scully, the returning Zane Keenan and Mark Kavanagh, as they ran out deserving seven point winners in the end.