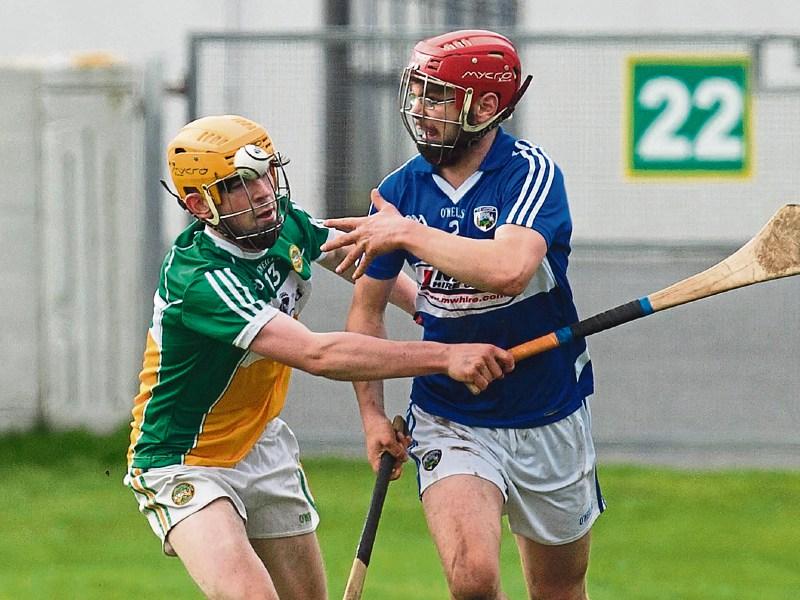 A second half comeback from Offaly saw Laois minor hurlers lose their championship opener in O'Connor Park on Saturday.

Laois had enjoyed the upper hand over their midland rivals in recent years, and they looked to be cruising to another victory when they lead by six points at half time. Unfortunately, they couldn't maintain that form, as Offaly forced their way back into the game, and Laois couldn't respond.

The opening stages of the game were, for the most part, quite scrappy. Laois had a couple of early goal chances, Mark Dowling with the best of the them, but both sides were struggling to get up to speed.

The pitch wasn't helping, as a bobbly surface made it difficult to rise the ball at the first attempt. As a result, there was a lot of play getting bunched around the ball and there was little fluency to the game for the opening ten minutes or so.

Laois opened the scoring from a 65 in the third minute as Aaron Bergin drilled it between the posts. Two minutes later, the same player was doubling Laois' early lead, as he found the target from a free on the right wing.

Offaly full-forward Eoin Woods replied in kind, as the game still awaited its first score from play, and Bergin pointed another 65 moments later as Laois maintained their advantage.

Woods and Bergin traded pointed frees to see the scores at 0-4 to 0-2 after 13 minutes, and the first score from play finally arrived after that. It was a point from Offaly's Conor Langton, but it could easily have been a goal as his shot from a tight angle flashed over the crossbar.

Offaly would rue the missed chance, as minutes later, Laois did get a goal. A long ball forward from Lee Cleere broke for Mark Dowling, and he raced clear to rifle a shot to the bottom corner of the net, as Laois started to find their form.

Offaly wing-back Michael Ryan reduced to the deficit to just the goal with a point from distance, but Laois stepped things up a gear after that and took control of the game.

Lir McDonald scored a wonderful point from the left wing, and Aaron Bergin soon followed that up with his first effort from play. Eimhin Kelly briefly stemmed the tide for Offaly, but Laois finished the half strongly. Twins Aaron and Stephen Dunphy both got in on the scoring act with points from close range, and Laois were in control at 1-8 to 0-5 at the break.

There seemed little cause for concern at that stage, but Laois slowly lost their grip on the game in the second half. They did so by conceding frees, some down to sloppiness and others down to some harsh calls from referee Alfie Devine.

Eoin Woods hit the first three points of the half to bring Offaly back on level terms by the the 40th minute, and the confidence was coursing through the home side. David Buckley then almost got a goal for the hosts but his effort went over the bar by inches, as Aaron Bergin finally opened Laois' account from a free.

Eoin Woods and Aaron Dunphy traded points before Offaly put themselves firmly in the driving seat. Woods pointed another free before his shot for a goal was saved by Oisín Bennett, only for David Nally to goal from the rebound.

Conor Langton and Aaron Dunphy scored again for each side, but Laois were getting it harder to create scoring chances. Offaly took advantage, as Langton and Woods (free) pushed them three clear, and Laois needed a goal.

They tried their best to find it, but no clear-cut chances came their way, and another point apiece for each team meant that Offaly held on to claim a three point win.