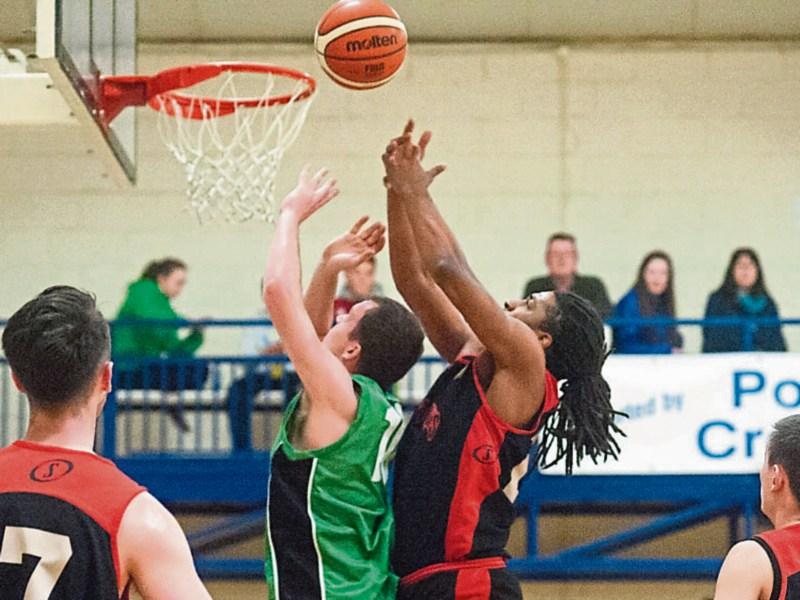 Portlaoise Panthers travelled to Portarlington last Friday night in their last league game of the season, and following the previous week’s blowout in the reverse fixture, the team were looking for some positives heading into the Top 4 semi final.

Both teams had already secured their places in the Top 4 with Kestrels having wrapped up the league with a game to play and they will be confident of maintaining form heading into the Top 4 in two weeks time as they look to do the double for two consecutive years.

For the second game running between these sides the game started basket for basket with Peter Duignan again starting strong for Portlaoise as he made his first four attempts with Aaron Whelan, Ed Reddick and Dan Debosz replying for Kestrels.

With three minutes remaining in the quarter Kestrels got their noses ahead with Glen Mitchell converting two scores on the break followed by three points from American Reddick. A late basket from Craic Scully closed the gap to eight points at the end of the quarter, 18-10.

The second quarter saw Portlaoise start well with Peter O’Sullivan getting Portlaoise’s first two scores but they were quickly cancelled out by baskets from Greg Dunne and Aaron Whelan. Kestrels speed was killing Panthers as Conor Foster pushed the pace of the game from the point. He contributed four points of his own while assisting further scores from Reddick and Debosz.

Good link up play between Peter Duignan and Eugene Walsh inside for Panthers reaped rewards as they continued to add to the scoreboard. Late first half scores from Mitchell and Whelan gave Kestrels a commanding sixteen point lead at the break.

Portlaoise Panthers continued to work hard at both ends but were coming up against a resilient defence which weren’t leaking scores easily. Reddick was in flying form and continued to take the ball at the Portlaoise basket. The threat of Reddick also allowed space to Debosz inside and he converted his chances from the free throw line.

Portlaoise continued to play hard and scores from Mark Bartley and a big three from Shane O’Neill kept Kestrels from running away with the game. But Kestrels were patient on offence and picking off Portlaoise at will with Sean Smith getting in on the act late in the third quarter. Kestrels had the game won with ten minutes still left to play as they led by 64-33.

The fourth quarter was a low scoring affair by both teams as players got much needed court time ahead of Top 4 weekend. Kestrels strength and depth has got them to where they are and players like Conor Vandendries, Sean Smith and Liam Guinan came off the bench in the fourth to finish off the job, Guinan hitting another two three pointers to continue his great shooting form of late.

Portlaoise had a great last quarter from Craic Scully who put up nine of the last eleven points for the visitors. The scoreline read 79-44 at the end of the game and it’s very hard to see where Portlaoise can slash that deficit in the hope of making the Top 4 final. The lads will surely give their all in two weekends time and will leave it all on the court in the hope of causing an upset.