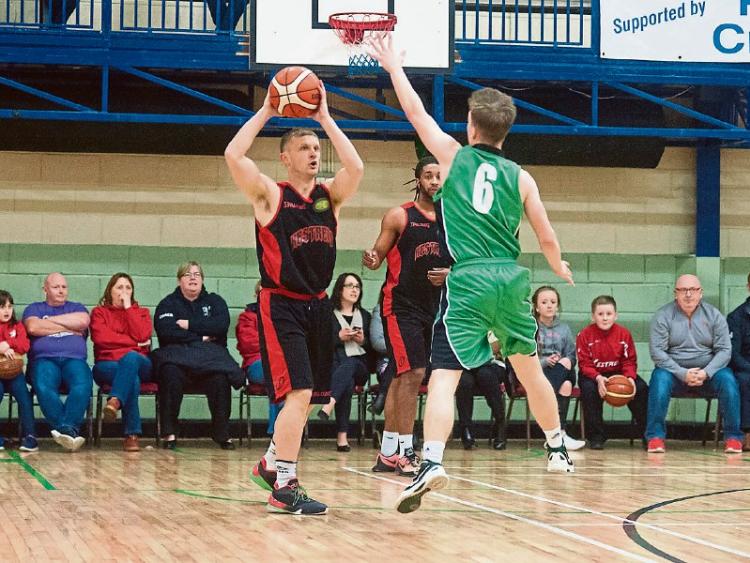 Portlaoise U-16 boys travelled to Cork over the weekend to play in the All Ireland Club Championship Finals. This tournament hosts the best teams in the country and to be able to compete at this level is an achievement in itself.

Portlaoise were extreme underdogs going into this as every player on the team is still underage next year. The team first met Dublin Lions who were the Dublin champions. The team performed extremely well in the first half of the game keeping the gap to five points.

The second half was a more one sided affair as the Dublin team used their physical size and strength to get the better of Portlaoise. The presence alone of Dublin’s 6ft 8 inch Max Amadasun was always going to be tricky to maintain. Dublin Lions went on to the semi-final stage but lost out to eventual winners Tempelogue by four points.

Portlaoise had a quick turn-around then and had to play tournament favourites Neptune. Neptune had six Irish Internationals and this was always going to be an uphill task. Portlaoise were slow to get started and appeared to fear the Neptune side from the very start of the game and went sixteen points down in the first half.

The team began to settle then in the second half and performed great to hold Neptune to 15 points. The fast ball movement and pure athleticism from the Cork side was at a level that Portlaoise have never played against before but the team showed plenty of heart and determination to compete at this level. Neptune went on to narrowly miss out on the title finishing in second.

The team then went on to face Maree of Galway in what was an entertaining game of basketball. The team struggled on the defensive end in the first half but got to grips with the opposition eventually. The team’s offense worked great against their zone defense and hit some big three pointers to extend the teams lead. Portlaoise held on and closed out the game with a ten point win.

Sligo All-Stars awaited Portlaoise in what would be their fourth game of the day. Both teams appeared extremely tired as they both made poor decisions and turned the ball over on numerous occasions. This game had only a basket between them throughout the game in what was a low scoring affair. Players began to cramp up as the amount of games took it out of the teams. All-Stars won the game by four points in the end.

This weekend has proved to be a huge experience for the team and has shown the extremely high standard of Irish basketball that is out there. The team will have to work hard throughout the summer months to be able to compete even more at this level next year.

The team finished in 10th position in the country which is a great achievement considering they are all underage next year. Thanks to all the players, coaches and parents for all their support over the weekend and the team looks forward to competing this week in the Regional Top 4 finals.