The Heath keep setting the pace as they see off Killeen 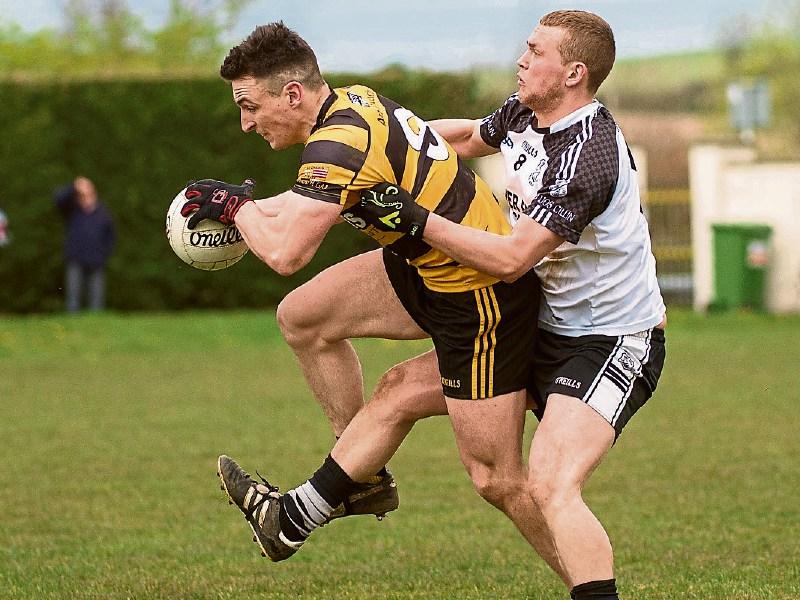 The Heath kept their noses in front at the top of ACFL Division 1A thanks to this ten point win over an understrength Arles-Killeen side on Sunday afternoon.

A whirlwind start saw three goals scored in the opening six minutes, but it wasn't until the second half that The Heath really took control of the game.

They limited Arles-Killeen to just one point after half time, while the visitors were also reduced to 14 men when Ricky Dunne was given his marching orders.

The Heath got off to a brilliant start, and they created two goal scoring chances. The first, from Padraig Whelan, went just wide, but corner-forward Andrew Booth made no mistake moments later to open the scoring.

A minute later, Arles-Killeen stormed forward and Sean O'Shea set up Evan McDonald for a simple tap-in to level the scores. Arles took the lead for the first, and only, time after that thanks to a brilliant point from Paul Kingston.

That was as good as it got for them, however, as Daithi Carroll set Andrew Booth up for his second goal with justsix minutes on the clock. Booth then added a point from an acute angle, and Daithi Carroll also got in on the act, as The Heath now lead by double scores, 2-2 to 1-1.

The home side were enjoying more possession, but Arles-Killeen were hanging in the game thanks to points from Paul Kingston and Sean O'Shea, and at half time, just a goal separated the teams, 2-5 to 1-5.

The second half was a much different affair, as The Heath, now with wind advantage, found scores a bit easier to come by. Colin Nestor and Conor Keightley exchanged points in opening five minutes, but Arles-Killeen would not score again.

The Heath, in contrast, added a further seven points before the final whistle, with four of those coming from Chris Bergin. Arles-Killeen's Ricky Dunne was also shown a red card after a brief flashpoint in a game that had plenty of niggle throughout. It mattered little to The Heath in end though, as they continue to set the pace.