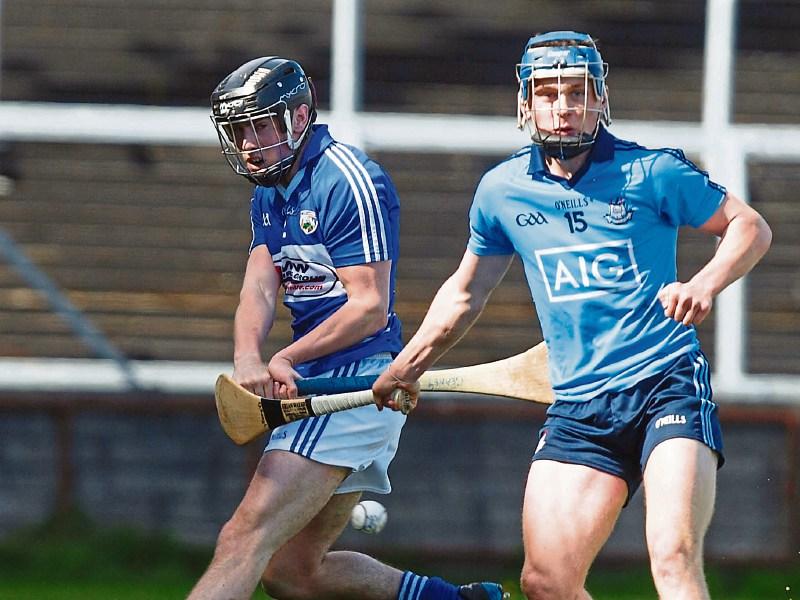 Laois minor hurlers crashed out of the Leinster MHC on Saturday afternoon, after they were soundly beaten by Dublin in O'Moore Park.

It rounded off a disappointing campaign for the team, which saw just a win over Carlow as any reward for their performances in the competition.

Having thrown away a lead against Offaly in the opening round, Laois never put themselves in that position here, as they were second best throughout.

With their first-touch worryingly poor and their back line under pressure, Laois could never get enough fluency or confidence into their game to cause the Dubs any real trouble.

Dublin were clinical when they needed to be but were not outstanding on the day, rather picking off scores at a fairly regular rate while defending stoutly at the other end.

They shot into an early lead thanks to a brace of frees from Johnny McGuirk, with full-forward Colin Currie adding another from play as Laois struggled to settle into the game.

They finally opened their account in the fifth minute through Mark Dowling, and they narrowed the gap to one moments later when Aaron Dunphy pointed a free from the right wing.

Dublin responded with two swift points, a free from McGuirk and Ciaran Dowling, with Dunphy trying to keep Laois on their coat tails with a free.

Dublin managed to maintain their three point lead as the teams exchanged points midway through the half, but the visitors stepped things up in the lead up to half time.

McGuirk landed another free before Daire Gray found the target from play, and they almost had a goal moments later. Having gotten through the Laois defence a little too easily, the ball ended up in Ronan Hayes hands 14 yards out, and he hammered a shot towards the bottom corner. It seemed a certain goal, but Oisín Bennett made a fantastic diving save to divert the ball out for a 65, which McGuirk pointed.

Both teams managed one more point each before the break, with Ciaran Comerford pointing for Laois and McGuirk getting his eighth score of the half for Dublin, as they headed to the dressing rooms with a healthy 0-11 to 0-6 lead.

Laois were nto out of the game at this stage, but they needed to make a bright start to second half to make things more competitive, and that's what they did. James Keyes, introduced just before half time, fired over a brilliant point from the right wing to get the gap down to four, but as it turned out, this was as close as Laois would get.

Dublin weathered whatever Laois could throw at them in the opening minutes of the half before hitting back in ruthless fashion. Conor Burke pointed from distance before McGuirk landed another free, and now they were up and running. Daire Gray scored his second point and McGuirk brought his personal tally to 0-10, as the lead was stretched to eight.

Aaron Dunphy pointed a couple of frees for Laois to break Dublin's run of scores, but there was too much for the home side to do to try and get a result from the game. With eight minutes to go there was salt rubbed in the wounds when David Keogh won a loose ball in the square and fired to the net for the only goal of the game.

In truth, it made little difference, as Dublin won easily.