'We are going to have to work hard... there is no other way for us' 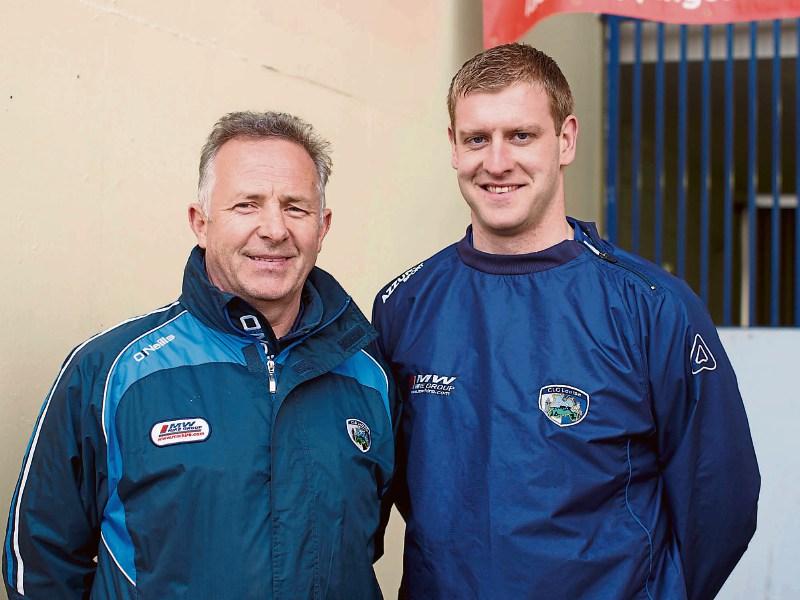 He may be facing into his first Leinster SFC campaign as an intercounty manager, but Mick Lillis has been around long enough not to fall foul of inexperience.

Wicklow provide the opposition this Saturday night in O'Moore Park, in a game many people have already declared Laois the winners before a ball has been kicked.

You won't find Lillis agreeing with that line of thinking, and he was quick to stress that his side face a tough 70 minutes at Laois GAA headquarters this weekend. “I've never seen a championship match won easily.

“Now, it might happen for someone like Dublin, if you are playing Division 1 against Division 4, but we are not far enough away from Wicklow to have any degree of complacency.

“We know to get a result out of the Wicklow game we are going to have to work, and work bloody hard, and do it for the full duration of 74 or 75 minutes.

“There's no other way for us, so there is no hint of complacency, and if there was, then I think the players themselves are experienced enough to stamp it out if anyone is getting ahead of themselves, so it's simply not an issue.”

In truth, there is little chance of this Laois team getting too far ahead of themselves after the sobering experience of their league campaign earlier in the year. Having ultimately been relegated, the championship now offers the players, and manager, a shot at redemption.

Lillis admits that while his players were understandly down, the natural instinct to come out fighting didn't take long to surface. “The great thing about players is that they always seek redemption, and so do management of course, and the only way you can get redemption is to win the next game.

“To be fair to the players, all that was in their heads was 'let's move on to Wicklow' and try to undo some of the bad things that happened and move on and try to get better at what we are at, and the players attitude has been top class, I couldn't fault it.”

To help things along the way, Lillis surprised many last weekend when former Galway hurling manager Anthony Cunningham was appointed as a coach to the team. For Lillis, it was a satisfactory end to long search. “We spoke to Anthony some time back, and we spoke to other people as well.

We have been looking to get a coach in, and not just any coach, someone we felt could add real value to the back room team, so at this stage we are absolutely delighted to have Anthony on board, he has a wealth of experience.

“People forget he was a football coach before he was a hurling coach, but he's equally adept at both codes and he has tremendous experience and he's one of theses fellas that's just good to have around the place, he brings a great freshness to it.”

While Cunningham hasn't had much time to work with the squad, preparations have been ongoing since the end of the league. A number of practice matches have been played as the right balance is sought after the league, and while Lillis admits it can be hard to gauge from practice matches alone, he's confident they are on the right path. “Yeah, we've had a few challenge matches. They are what they are, they don't really replicate what you get in the championship, but you have to see things and work on things, so hopefully it'll pay dividends.”