'Goliath's bigger brother' awaiting Laois in next round - Lillis 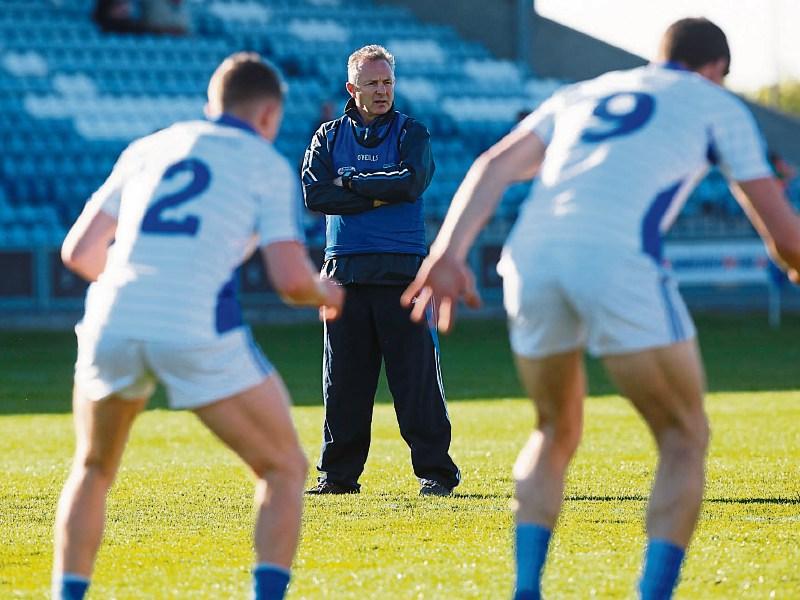 Laois manager Mick Lillis felt the task awaiting his side in the Leinster SFC Quarter-Final with Dublin was akin to David taking on 'Goliath's bigger brother', as he turned his focus to the clash after Saturday's win over Wicklow.

The Portlaoise man had just seen his side put to the pin of their collar by Wicklow in O'Moore Park, and it was far from ideal preparation to meet the reigning League, Leinster and All-Ireland champions.

“The next day, it's not David and Goliath, it's probably David and Goliath's bigger brother. I think the nearest anybody has come to Dublin in the last three or four years is 12 or 14 points.

“There is a monster there, it has been well-documented the reasons why it is there, and if you were looking in there today, you would say there isn't much point in Laois going to Nowlan Park, but life's not like that. You go and you put your best foot forward.”

When asked if he would be worried about where a repeat of this performance might leave his side against the Dubs, he was blunt in his response. “You'd be terrified. If we defend like that, Dublin will be gone out the gate after 15 or 20 minutes and they won't even look behind them. Dublin would destroy us on that performance, and probably would destroy anybody, but that's just the way it is.

“We'll hope we won't be as poor, but it's hard to stop them. To be honest, stopping Dublin is a mammoth task, and I don't know is there anyone that's capable of doing it, never mind us.

“As somebody said to me after the game, the pick of the four teams (that played in O'Moore Park on Saturday) wouldn't beat Dublin, and they're probably right.”

The Portlaoise man even joked of a rather extreme solution to halting this rampaging Dublin side. “I don't know what we have to bring to it, maybe a few snipers in the stand, I'm not too sure!”

As for the game here, while the game was closer than he would have liked, it was still nothing less than he expected from Wicklow. “Championship is championship, you're not going to blow teams away. People don't put in six months of effort to just roll over and lie down when you come at them.

“Wicklow have a good proud tradition of championship football, they always put it up to teams. They came out of Navan last year only losing by two or three points. You don't blow teams away in this day and age, and certainly we're not equipped to blow teams away, so we're delighted to win the game.”