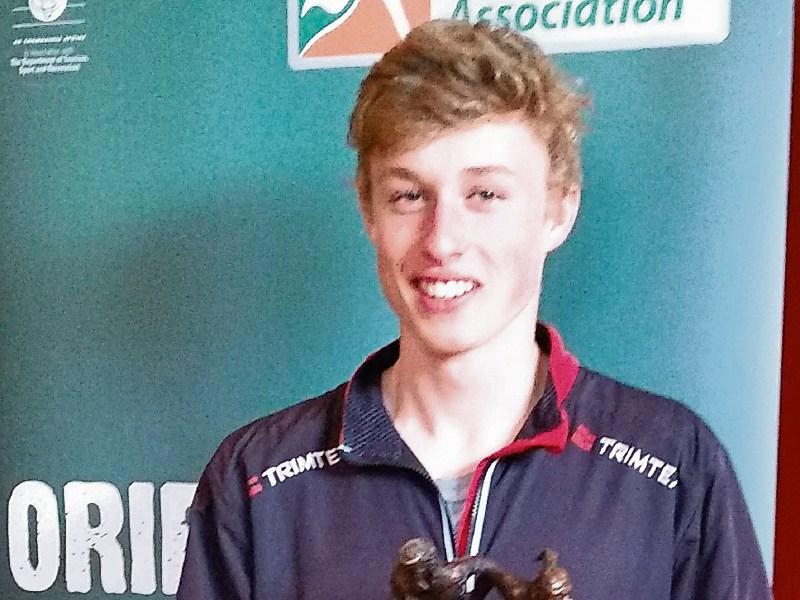 Conall Whelan, a 5th year student of St Kieran’s College Kilkenny and resident of Durrow, has been selected to travel to Poland with the Irish Junior team of eight juniors aged 15 to 18.

They will be representing all of Ireland in the European Youth Orienteering Championships, in Jaroslaw, in the South East of Poland.

Conall has been competing throughout the year with selection races in Ireland and the UK. Conall’s orienteering has been steadily improving and he received the Lynam Trophy for the Male 18 category at the Irish Championships on the May Bank holiday weekend.

Conall competed on the mountainous and boggy terrain of Coumshingaun and Mahon Falls in the Comeragh mountains to win the All Ireland Middle and Long distance categories. Earlier in April, Conall also won the Leinster M18 category following a great run at Carrick Mountain in Wicklow, running a gruelling 8.5km course with a 510 metre climb in 87 minutes.

Conall has also been competing in the schools orienteering league this year and won the South East, Leinster and All Ireland categories, with events in JFK arboretum in Wexford, in Trooperstown, Wicklow and Fota arboretum in Cork. Conall’s younger brothers are following in his footsteps with Fionn winning the third year Leinster schools title and Eoghan winning the sixth class Leinster title both in the Schools league.

Orienteering can be a great family activity with a range of courses available for all levels at each event. Families can compete together or individually. For more information visit www.orienteering.ie