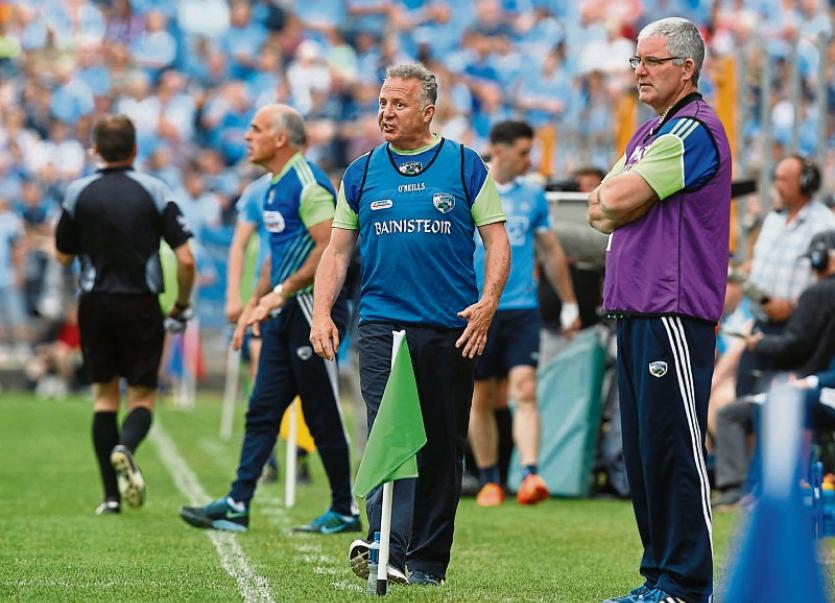 Laois manager Mick Lillis felt an inability to get to grips with Dublin early in the game laid the foundations for their Leinster SFC quarter-final defeat on Saturday night.

A goal after just 15 seconds had Dublin heading off into the horizon before Laois even had a chance to get their bearings.

As he assessed the defeat afterwards, Lillis refuted the claim Laois were afraid of Dublin, instead profferring that they just weren't ready for the level their opponents started the game at. “I don't think fear is the right word, I don't think we were afraid, we didn't cope with their onslaught.

While those early goals were a body-blow, Laois did at least show some of their ability in the second half, when they got within six points of Dublin. It was encouraging, but that was as much as Lillis could take from the comeback. “Getting it down to six points was good, we played some good football to get it down to six points, but six points is a long way from winning the game.

“It's certainly a long way from winning the game when you're numerically disadvantaged as we were, so while there were encouraging signs, and we did play some really good football in the second half, it was always a case of getting some honour from the game, rather than winning it.”

John O'Loughlin's red card denied Laois the chance to contest the game on a 15 v 15 basis, and while Lillis acknowledged it was out of character for the his midfielder to be on the receiving end of a red card, it was probably the right call. “I saw a bit of pulling and dragging between the players, and at the time I thought it was harsh, but when you see it in hindsight, and I haven't yet, but when someone goes off with a blood injury, there wasn't much choice there for the referee.”

Laois' second half performance had many fans hopeful there could be more to come from this side later in the years, and Lillis hopes the squad stays together and really targets the Qualifiers. “I would hope that it would get into fellas heads that this team can play.

“All we can do is go back and prepare as best as we can, these guys put their lives on hold for football so their not going to do it for six months and walk away at this stage, they're going to put their shoulder down, take a bit of encouragement and go on and at least give themselves a bit of a boost.”