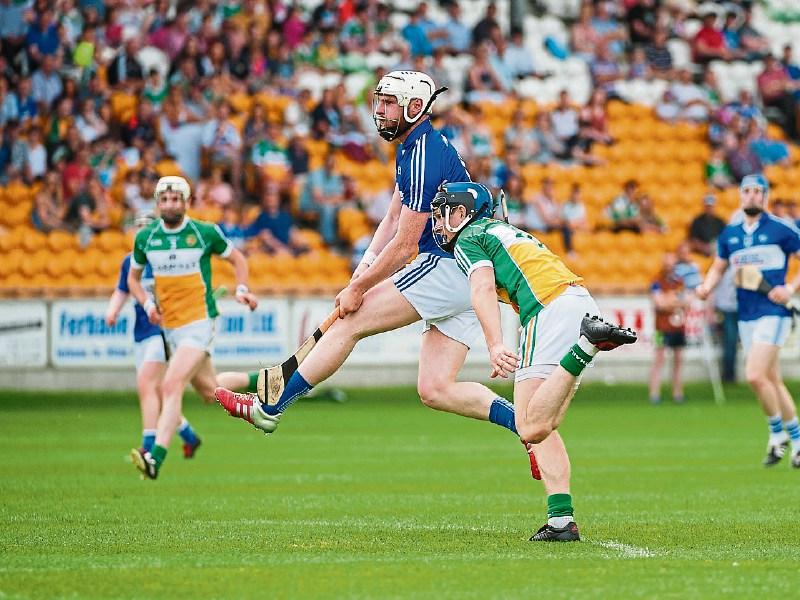 When the sides went to the break locked at 1-10 apiece after an entertaining 35 minutes where both had experienced periods of dominance, this game was set up perfectly for a thrilling second-half.

However the Laois side that took to field on the resumption were a shadow of the side that had headed to the dressing room for a well earned break from the stifling June heat.

A re-energised Offaly blitzed Laois with 1-3 without reply in just four minutes and in front of their vocal support in O'Connor Park, the home side never looked back. By the time Willie Dunphy scored Laois' second goal with the final action of the game, Offaly had added another 1-9 to just four for Laois to build a commanding and deserved lead.

With the exception of a handful of players, most notably Cahir Healy, Matthew Whelan and Cha Dwyer, Laois were very much second best in the second half with Offaly on top in almost every aspect of the game. Once they got the momentum, they worked hard to keep it with Laois struggling to match the tenacity or the work rate of the home side.

While Offaly looked sharp in every area, probably due to the fact that they were battle hardened through the Round Robin Series, Laois looked off the pace. Last year, the roles and the result was the reverse leading to the conclusion that perhaps it is better to be in the pre championship series to gain the match sharpness required once the knock-out stages roll around.

Time and again in the second 35 minutes, Laois forwards were under intense pressure in possession and as a result hit ten wides with a number of other shots being blocked.

Offaly also won the vast majority of primary possession and lose ball and their morale grew visibly along with their lead as 11 players got on the score-sheet, including four of the five subs. Laois, in stark contrast to their opponents, faded as the game progressed with the small drop of confidence they had gained from the league relegation win over Westmeath, evaporating in the intense heat of the championship.

Laois now face a long wait until they are out again in the qualifiers and it will take a lot of work behind the scenes to build the side back up for what is sure to be a challenging game.

There was little to chose between the sides in the opening 20 minutes and they were level three times on the way to being tied at 0-5 apiece. The pick of the scores was a super score from a narrow angle by Cha Dwyer while the highlight was a full length, diving block by Cahir Healy to deny James Mulrooney a certain goal.

That seemed to spark a slow burning game to life and Laois were unlucky not to goal after Cha Dwyer and PJ Scully combined superbly to put Dwyer through on goal but James Dempsey put his body on the line to save from point blank range. Scully pointed the 65 to put Laois in front but seconds later Offaly went into the lead when James Mulrooney's scuffed shot found the net.

They added four of the next five points but Laois responded in kind with the next 1-3. Cha Dwyer hit two super points before PJ Scully forced the ball over the line after Dempsey had made another superb save to deny Neil Foyle.

Foyle was now a proving to be a handful for Offaly and he pointed to put Laois ahead before Shane Dooley pointed a free to leave it level at the break.

That should have set up a cracking second-half but within four minutes of the restart, Laois were six points adrift thanks to a goal from Joe Bergin and points from Paddy Murphy, Shane Dooley and Kevin Connolly. Stephen Maher briefly stemmed the tide with a point but Offaly hit the next three to move seven clear.

Points from Maher and Dwyer gave Laois supporters brief hope but after Shane Dooley dispatched a penalty, the game was over as a contest with 15 minutes to go.

In that period, Offaly added six points to just one for Laois, another super effort from Cha Dwyer with a last second goal from Willie Dunphy a scant consolation for Cheddar Plunkett's side.