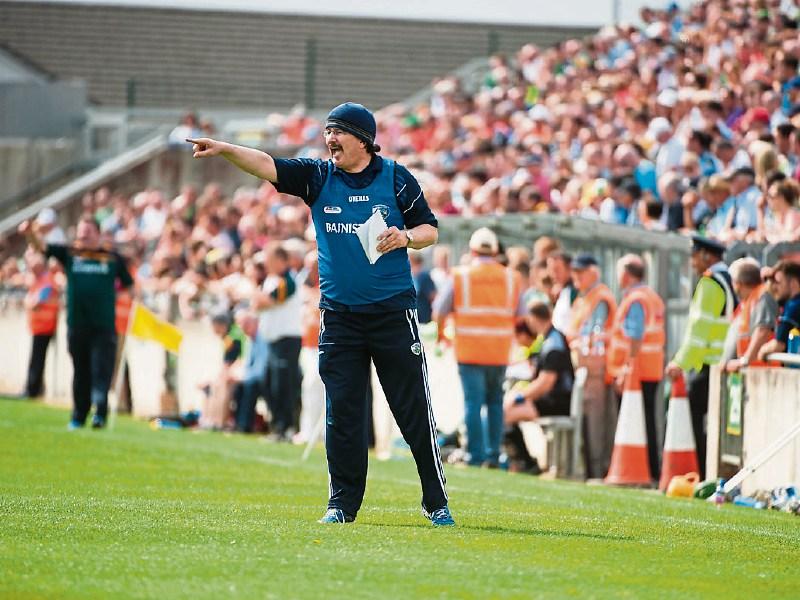 Having watched Laois go toe to toe with Offaly in the first-half of this eagerly anticipated Leinster quarter-final, manager Cheddar Plunkett was as surprised as anyone when his side simply failed to fire after the interval.

Laois were outscored by 2-12 to 1-4 in the second 35 minutes with the visitors' goal coming with the last puck of the game. Speaking after the full-time whistle, Cheddar was at a loss to explain the performance.

“It's very difficult to know,” he commented. “The first-half we were very competitive. All of the things that we wanted to do in the first-half worked out for us. Obviously at half-time we were in a good position. The goal hurt us but generally teams would be able to take that in their stride and work a way back into it but certainly we lost our way in the second-half. We weren't as competitive as we would like to have been in the second-half. Typically when a team gets on the front foot like that and get scores on the board, things kind of flow for them and we just weren't able to fight our way back into the game. The second-half just got by us in that regard.

He pointed to mistakes made and the loss of experienced players this year as contributing factors.

“I think we made a number of mistakes throughout it. The leadership from experienced players, we probably missed that a little bit today, particularly when the pressure came on in the first 15 minutes of the second-half, we just lost our system a little bit and we struggled to get back in the game at that stage. Offaly got momentum behind them and once that happens, you have to work really, really hard to try and get yourself back into the game and we didn't seem to be able to do that.

When asked if poor league form had contributed to a lack of confidence, Cheddar pointed to the amount of work put in by the side.

“You never really know that. All those things are hypothetical really. We worked really, really hard for the game and have a high level of fitness and we'd a good system of play, we just lost our way in a lot of things in the second-half. Primarily we were not as competitive on the contested ball. When you don't have the ball in your hand, it's difficult to make things happen for you. You've got to credit Offaly as well. Offaly stepped it up in the second-half and we just didn't live with them and ultimately that's the story of the game.”

He also said that he felt the fact that Offaly had three games in the Round Robin would have stood to them.

“I think the games do give you game hardness and you can road-test what you're doing and time your play. I said during the week that that could be the case. You get more chances to plan what you want to do. One could say in the first-half that our planning worked well for us going in at half-time against the breeze in a really good place but second-half, just the competitiveness of our play just wasn't where we wanted it to be. If you're not competitive in hurling and getting possession and primary possession into the hand, you are not going to be able to make things work for you.”