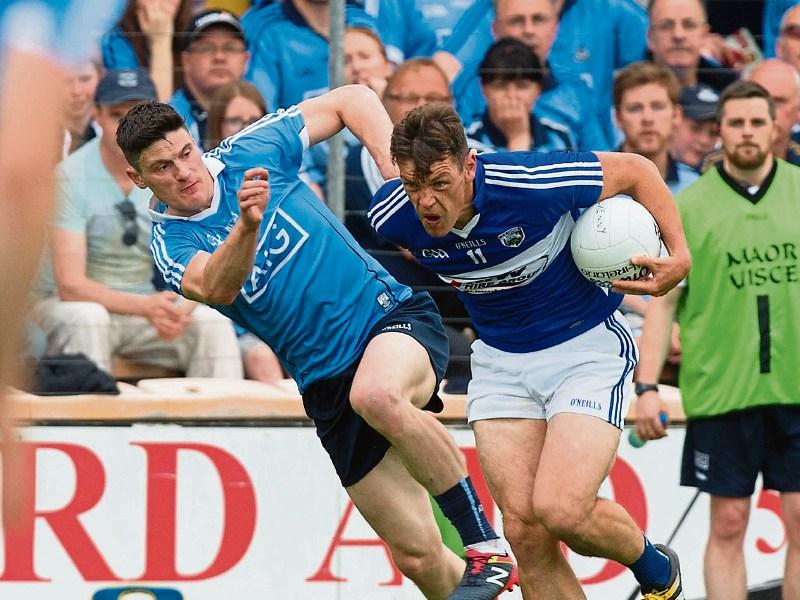 Laois senior footballers will look to keep their season alive this Saturday afternoon, as they welcome Armagh to O'Moore Park.

In case you hadn't noticed, Laois will be taking on Armagh while the rest of the country is glued to the Ireland v Belgium game at Euro 2016. As if being sent to Nowlan Park for the match with Dublin wasn't bad enough, even home games for Laois now come with a drawback as well.

For an Association more than willing to sell itself around the world as one rooted in the community, it is terribly disillusioning for supporters to see their interests so low down on the totem pole.

The game will be televised on RTE, hence the early throw-in, so between that, and the overlap between the Ireland v Belgium game, the numbers in attendance will be considerably down on what they could have been.

That is particularly disappointing, as Laois' second half performance against Dublin last week might just have convinced a few more people to attend Saturday's clash with Armagh. While the fans aren't exactly being incentivised to attend the game, there are greater problems for Mick Lillis to contend with.

First up was the loss of Evan O'Carroll, who made it known in the aftermath of the loss to Dublin that he would be spending the summer in Chicago. He flew out last week, and will play with the John McBrides club over there.

Emo's Evan Costello also left the panel, having been limited in the amount of game time he was receiving, but worse was to come. Gary Walsh, who started and was taken off at half time in both the Wicklow and Dublin games, announced on Twitter that he had been dropped from the panel, via a phone call, for his reaction to being substituted in Nowlan Park. In his own words, he had "let a few f**ks out of me" after he was taken off, and he went on to lambast the decision to drop him over the phone, saying "it was like the phone call cost no thought."

It was strong stuff from the Ballylinan man, and within hours it was headline news across the internet, but a little over a day later he had issued an apology. In it, he thanked the Laois management for meeting him and "allowing me to unreservedly apologise", while the previously mentioned "few f**ks" had been upgraded to "threatening behaviour to my manager Mick Lillis."

It was another low point in what could best be described as a topsy-turvy season for the Laois senior footballers. It has been an unnecessary distraction and has taken from that second half performance against Dublin, and now after all this, they have to face a wounded Armagh side this Saturday.

With O'Carroll on the other side of the Atlantic, Laois will also be without the suspended John O'Loughlin, meaning Lillis has to plan without two of his key players. Both O'Carroll and O'Loughlin are probably the best players Laois have to run directly at teams, at pace, and both have done it to great effect this year.

Kevin Meaney is likely to take O'Loughlin's place in midfield, having played so well when introduced in the wake of the Mountmellick man's dismissal. Up front, O'Carroll's jersey will likely go to Ross Munnelly or Ruairi O'Connor, or both could yet start if Walsh is not picked. His apology on Saturday did not mention whether he had been reinstated to the panel, although it is believed he will be back on board.

Armagh come under almighty scrutiny themselves, with Joe Brolly's comments about disaffected players and the ability (or lack thereof) of Kieran McGeeney as an intercounty football manager.

Laois got the better of them up in Armagh in the second round of the NFL, winning 1-13 to 0-15 in what was their only win of the league. Evan O'Carroll was one of Laois' star performers on the night, scoring 0-3.

Both teams were subsequently relegated to Division 3 and have much to prove this weekend. Home advantage has been offset somewhere for Laois with the scheduling of the game, and with no real consistent form from either side coming into the game, it's a tough one to call.

Appetite will be key, and if Laois can reproduce their second half performance from the Dublin game, that should be enough to get them over the line.