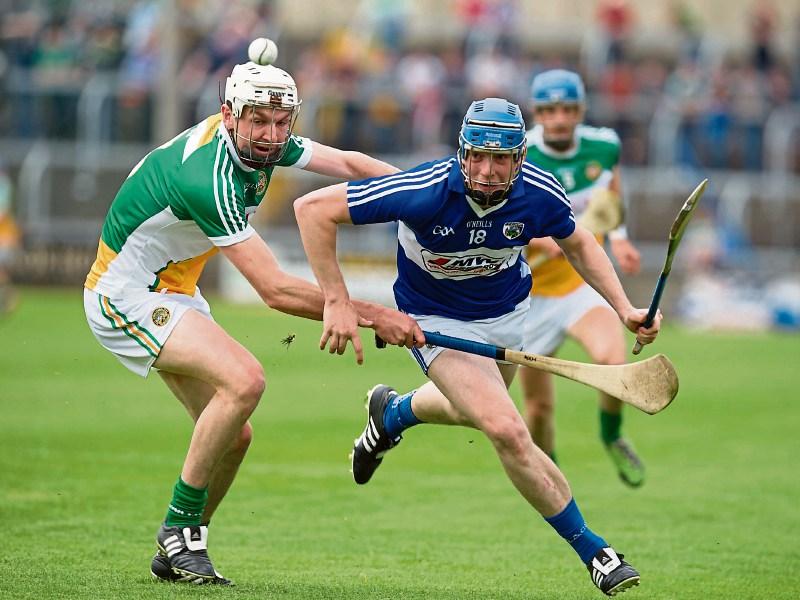 Laois senior hurling manager Seamas Plunkett will be without the service of Picky Maher for the rest of the season, as the Clough-Ballacolla man will head to the USA for the summer.

The senior panel resumed training on Sunday after a week break in the aftermath of the Offaly game, but they did so without Maher.

He lined out on Friday night in Clough-Ballacolla's league game against Ballinakill before he heads across the Atlantic, and Cheddar Plunkett has other concerns ahead of the Qualifier draw next Monday.

County players were released to play with their clubs for the round of ACHL Division 1 games last Friday and Saturday, and unfortunately for Plunkett, a number have reported back with injuries.

The clash of Borris-Kilcotton and Rathdowney-Errill on Friday night proved to be a costly one, as Borris-Kilcotton's Neil Foyle suffered a suspected broken thumb, and he will be assessed by the medical team this week.

In the same game, Rathdowney-Errill's Patrick Purcell injured his ankle, and was another player consigned to the sidelines on Sunday.

On Saturday, Ciaran Collier suffered another knee injury, forcing him off in the second half of Camross' win over Portlaoise, and he too faces a spell on the treatment table over the coming weeks.

All of those knock compound the fact Laois look likely to be without Tom Delaney for the rest of the year, as he suffered a serious knee injury against Offaly.

Picky Maher has had a frustrating season with Laois, having battled a number of niggling injuries throughout the league.

In his absence, Cheddar Plunkett will be hoping that Cha Dwyer can continue his outstanding form. Having hit 0-5 from play against Offaly, he followed that up with an incredible haul of 3-10 against Clough-Ballacolla last Friday night.

With 1-4 of that coming from play he inspired his team to a three point win over the home side.