Castletown get key win to go top of table 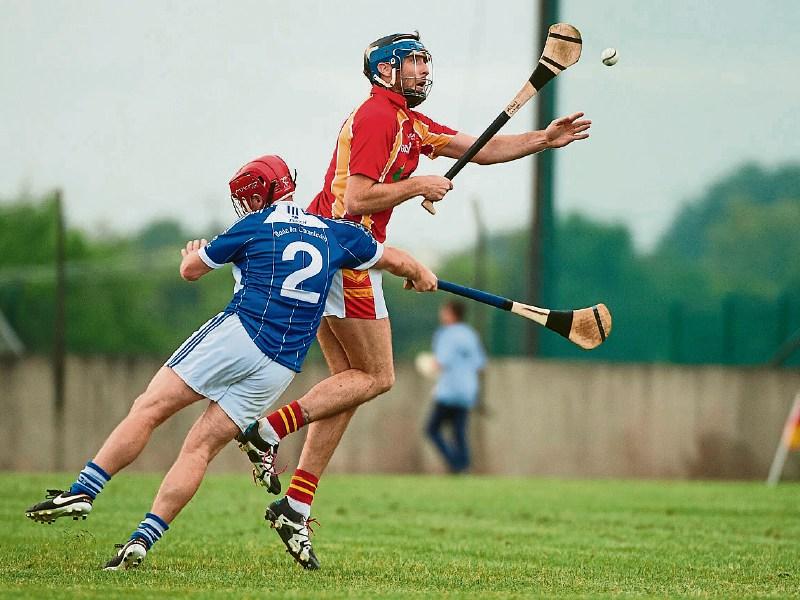 After having to wait an extra twenty minutes for the second half to start due to serious injury to Kevin Conroy, in which emergency services were to be called in, Castletown just got over the line against The Harps last Friday night.

The game began with a score from Ryan Mullaney. The Harps fired back with two points from John Brophy (free) and Brian Dunne. The sides then traded points, before the first goal of the game arrived, and it went in the away side's favour. James Hooban received the ball in the Castletown full-forward line, took a lovely touch, turned his man, and slotted the ball away.

Castletown's points came through Martin Phelan, two frees from Gearoid Gaughan and a free from Ryan Mullaney. Castletown were just the single point ahead when the half-time whistle went.

Only a few seconds into the restart, Kevin Conroy received a serious injury. The physios came on and did their best to help, but the emergency services were called to come in. The player received a standing ovation as he was taken off, and we wish him a speedy recovery. By the time the players were ready for the restart, twenty minutes had come and gone.

The game continued to go back and forth until Castletown got another goal, which would prove crucial. Good play by substitute Evan Cuddy saw him run through a few Harps players, then hand-passed to Martin Phelan who knocked it in.

The Harps replied well with two points from John Brophy, one from a free. Castletown got one back through Gearoid Gaughan with another free, but The Harps hit three in a row with two from Eoin Clancy and one from John Prior.

Castletown retook their lead with four points on the trot, these coming through John Gaughan, Evan Cuddy, Gearoid Gaughan (free) and Martin Reddin, to send them three in front.

The Harps got two points back, but did not have enough time for a third as the referee blew the whistle to send Castletown to the top of the league, and the leave The Harps at the bottom.