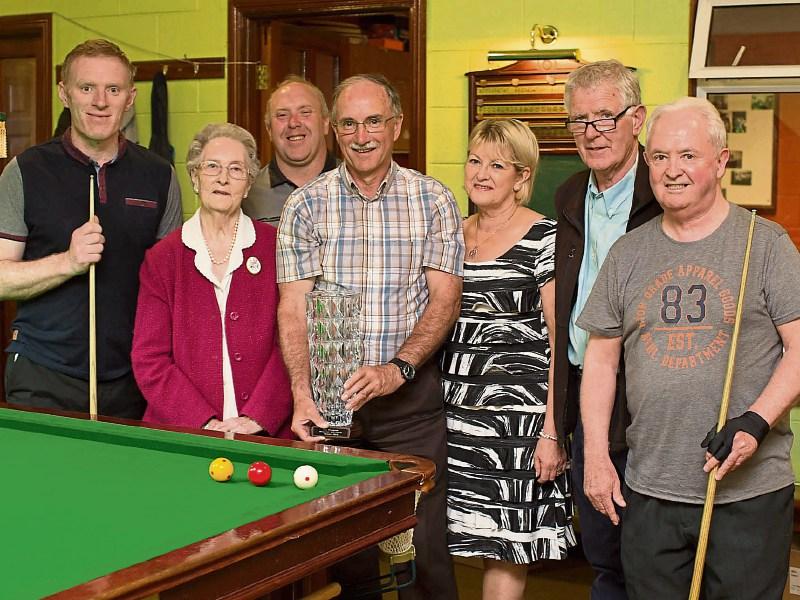 On Tuesday last, May 31, the final of the Joseph Thompson Memorial Billiards tournament took place in the O'Brien Memorial Hall in Borris-in-Ossory.

The competition began way back in April with players from Cork, Dublin, Kilkenny, Wicklow, Laois and Offaly taking part, and it is regarded as one of the best tournaments in Ireland, if not the best.

As for the final, the 2011 winner and former Irish champion Larry Drennan (Kilkenny) took on Lloyd Myers from Cork. The Kilkenny man would concede a handicap of 150 points to his Cork opponent.

Myers started off very well and jumped into a lead of 250 to 25, but then Larry's experience came to his assistance. He wore Lloyd down to take the lead at 450 to 440, and the Kilkenny man went on to win the tournament on a scoreline of 600 to 537.

After the game former club chairman John Delaney welcomed all and complimented both players for the high standard of billiards served up on the night, and during the whole tournament. He thanked the Thompson family for the sponsorship of the competition and long may it continue.

Frank Thompson then presented the crystal trophies to the winner and runner up, plus their prize money, and also the highest break prize to Adrian Murray from Wicklow for his break of 74.