Impressive Laois lose out at the death 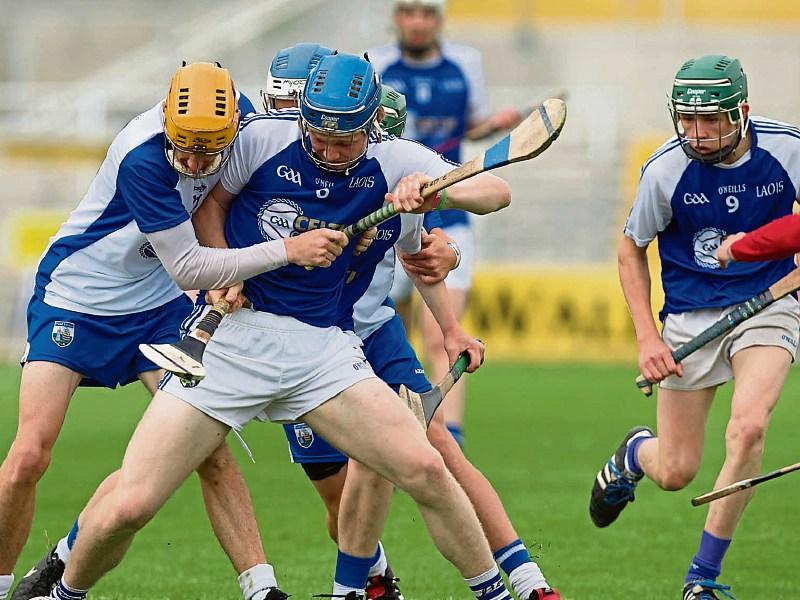 The best Laois performance of the 2016 Celtic Challenge competition so far wasn’t quite enough for Andrew Kavanagh’s charges last Saturday morning in Nowlan Park, as they fell narrowly short against Waterford City in the Division 4 final.

This was despite coming back from five points down to take the lead with ten minutes to play in a very entertaining contest at the Kilkenny venue.

The final winning margin would suggest that the Munster side were comfortable victors here but that couldn’t be further from the truth. Ultimately the contest hinged on a six point swing in second half injury time, with Laois trailing by three points going into those dying minutes.

The goal chance their trophy chances depended upon fell to centre forward Daniel Comerford in heavy traffic, some twenty metres from goal. The Harps’ player still had a lot of work to do as he shot through a crowd of players and his effort was blocked down and cleared. The Laois net rippled seconds later as Waterford’s Brian Cooke struck his second goal on the break with what turned out to be the last attack of the game.

It took just ten seconds for the O’Moore county to get off the mark here courtesy of Brandon McGinley, however ten more minutes passed before Dylan Russell added their second point through a haymaker of a strike from midfield. Waterford City added three points in that time and they also found the net shortly after Russell’s effort, aided by a lack of concentration in the Laois back line.

Ballydurn corner forward Niall Dunphy had been on the mark twice in the early stages and when Waterford City were awarded another free out on the left wing, the defence appeared to switch off, anticipating a shot for a point. Instead Dunphy picked out Cooke and he was able to waltz through two tackles and slam the ball to the net from close range.

Three of the next five points went Waterford’s way also, but Laois rallied before half time with fine scores from Ryan Murphy and Podge Delaney, and they carried that momentum into the second half. Three points in a row brought the sides level by the 40th minute and it could even have been so much better, were it not for five Laois wides in that ten minute spell. Seizing the lead proved tricky as three times Waterford City took the lead and three times Laois had to dig deep to peg them back, before Daniel Comerford finally gave Laois a narrow advantage with ten minutes remaining, 0-13 to 1-9.

Inspired by a stunning long range score from midfielder Luke Flynn, Waterford mustered up some of their best hurling of the contest and they tacked on three more superb points – punctuated by a Podge Delaney free in response – to put a goal between the sides going into the three minutes of added time.

Laois needed that green flag to send the contest into extra time but instead it fell to the seasiders, condemning Laois to their fifth defeat in eight starts in this new competition.