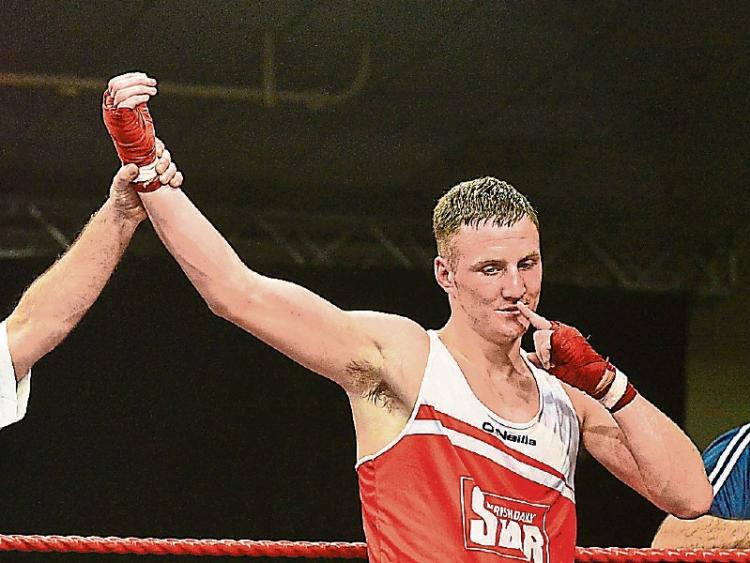 Laois middleweight boxer Michael O'Reilly has secured his ticket to the 2016 Rio Olympics thanks to a dazzling display in Azerbaijan last week.

O'Reilly's gold medal winning performance in Baku has seen him emphatically book his place in this summer's games, where he will be one of Ireland's best medal prospects in Brazil.

In what can only be described as a 'fairytale', O'Reilly has finally realised his Olympic dream. For those unaware, O'Reilly should have qualified for Rio in November 2015 in Doha. Each of the judges had said that O'Reilly was the unanimous winner but in a bizarre turn of events, O'Reilly’s opponent’s hand was raised, and his hopes of Olympic qualification were dashed.

Seven months on, O'Reilly knew that he had to put in a big performance in Baku to ensure he travelled to Brazil this summer and he did just that, and in spectacular style too.

“It’s been a long road since the Doha debacle when I didn’t get the decision" said O'Reilly, speaking to the Leinster Express over the weekend.

"It was fierce hard to get my head around it and go back training, but I was confident in my own abilities. I trained harder, my coaches tweaked elements of my training and I was more confident than ever before going into last weeks World Championships, and thank God it paid off."

Michael has remarkably won every medal possible at European and World level, and to hit his peak this close to the Olympics and go there as world champion will surely put him in good standing to make the podium in Rio. “Yeah I am really in form at the moment, you have to have confidence in what you can do and know your opponents and their form. I’ve been lucky enough to have fought or sparred with almost every opponent I’m likely to meet in Rio and this will stand to me."

Michael leaves for Rio in the middle of July for a taper camp with other countries competing in the Olympics. Having arrived back in Laois on Sunday, Michael will spend the week 'relaxing' (he will still be doing strength and conditioning sessions in Portlaoise Boxing Club during his week off) with his wife Chantelle and their two children, his father Michael, mother Theresa and extended family. Then it will be full preparation for Rio. “I have a training camp with the Russians at the start of July, which is excellent preparation for Brazil”.

Finally, has it hit him yet that he is the first Portlaoise boxer in the 86 year history of the club to fight in the Olympics? “It’s been my dream, I’ve always wanted to go to the Olympics because I know I’m good enough – I’ve proven I’m good enough. I can’t wait."