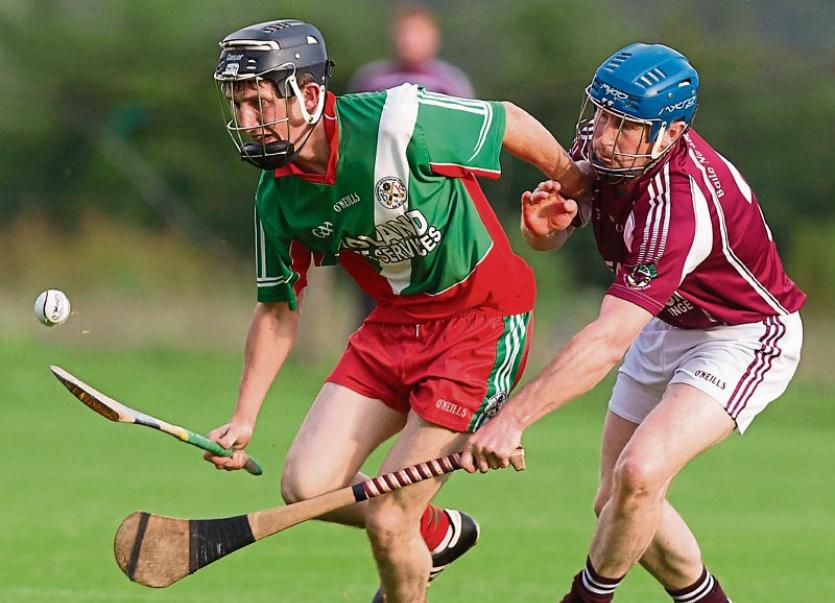 Two victories in the space of three days saw Borris-Kilcotton book their place in the final of ACHL Division 1, where they will meet either Castletown or Rathdowney-Errill.

Having finished the league stage with the third best attack and best defence, there could be no denying they have earned their place in the decider, as they continue their preparations to win a first ever Laois SHC title later in the year.

Their first victory over the weekend came last Friday night, when they travelled to Ballinakill to take on the home side.

After a shaky performance between the posts the last time out against Rathdowney-Errill, Eoin Fleming was in inspired form this time around for Ken Hogan's men. The Borris-Kilcotton keeper kept a clean sheet and chipped in with four pointed frees to help his side to victory.

Borris-Kilcotton started brightly with points from Bill Meade and Owen Bergin, but Ballinakill hit back through TJ Lalor. That score from Lalor got Ballinakill into gear, and he landed two frees before Brian O'Mara pointed from distance to see Ballinakill into a 0-4 to 0-2 lead.

Borris-Kilcotton wouldn't let them build up a head of steam though, and Aaron Dunphy pointed twice before Owen Bergin added another to edge the visitors back in front.

Both teams started trading points at that stage, with TJ Lalor and Stephen Bergin on target, before Borris-Kilcotton took control of proceedings.

In the run up to half time they started to hit the target more regularly, with Aaron Dunphy and Eoin Fitzpatrick central to the charge. JOhn Walsh tried to stem the tide with a point from wing-back, but it was Borris-Kilcotto who held the upper hand at the interval, leading 0-10 to 0-7.

Ballinakill tried to step things up after half time, with TJ Lalor getting them within two, but it was as close as they would get. Borris-Kilcotton moved into a higher gear as points from Daire Quinlan, Eoin Fleming, Aaron Dunphy and Eoin Fitzpatrick sent them into an unassailable lead, and they ran out seven point victors in the end.

They then followed that up on Sunday night with a 1-16 to 0-12 win over The Harps in their re-fixed game. In control throughout, Borris-Kilcotton eased themselves to the top of the table, while at the same time consigning The Harps to Division 1A for next year.

It has been a league campaign to forget for The Harps, as they won just one game and finished with the worst scoring difference in the division by some distance.

Borris-Kilcotton now go straight through to the final, where they will meet the winners of Castletown and Rathdowney-Errill.