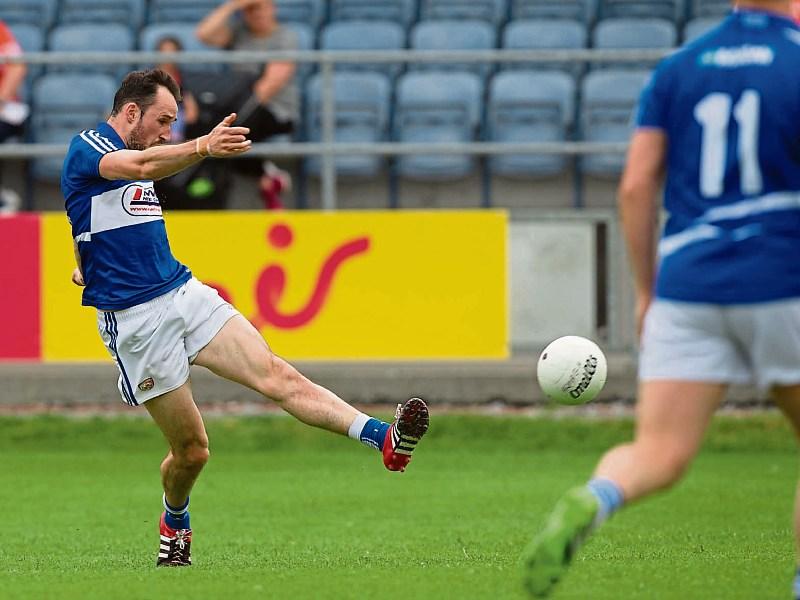 These are difficult times to be a Laois GAA supporter. The longer the year goes on, the more reasons there seem to be to pack away your replica jersey and do something else with your weekends.

That's not meant as a throwaway comment. Look at how the footballers season has gone, and where it currently stands. It started with a disastrous league campaign which ended in relegation. That is then followed up when the team qualify for a marquee championship game against Dublin, and are sent to Kilkenny to play it. Kilkenny!

You emerge from that to a Qualifier game against Armagh, which is then scheduled to start in the middle of the Ireland-Belgium game at the Euros, to suit RTE (and not you, the supporter). If you weren't questioning things already, you certainly are now.

But then there's a ray of light. A gutsy team performance sees them grind out a deserved win over Armagh, the kind of win that galvanizes a team. You leave O'Moore Park thinking the tide is turning. Your mood picks up, and you enjoy that feeling for a couple of days until you find out the game has to be re-fixed, because we brought in seven subs. The offending sub was on the field for barely a minute. Your enthusiasm takes another hit, just when you thought things were picking up. As the saying goes, it's the hope that kills you.

It can be very easy to play the victim card, and often, it is a dangerous thing to do. Sometimes it puts your focus where it doesn't belong, but if Laois supporters are feeling victimised these days, they have earned the right.

In almost every decision made by officialdom regarding the fate of the Laois senior football team this year, their interests seem to be utterly irrelevant. It started with the decision to play the Dublin game in Nowlan Park and has continued.

The fact that the first game against Armagh was fixed for the same time as the Ireland-Belgium game was a shocking one, and events since highlight the two-tiered approach the GAA has towards its supporters. The Leinster semi-finals should have clashed with Ireland v France on Sunday, but were immediately moved in the aftermath of Ireland's win against Italy last week. It was just four days before the game, but it wasn't a problem.

The Ireland v Belgium game was fixed months in advance, and there was no good reason why an All-Ireland Qualifier should be put on at the same time as it, but that's exactly what happened. Why? Because it was Laois and Armagh, so who cares, right? Certainly no one in Croke Park, it seems.

There is a major problem with that, obviously, outside of the sheer indifference being shown towards Laois (and county's like us) from headquarters. There are fewer and fewer people in Laois making the effort to go to county games, and decisions like these make it even more difficult to get them to go to matches.

It's hard to think of too many games in O'Moore Park in the last three or four years where Laois supporters weren't outnumbered by the opposition in the stand. When Laois teams emerge from the tunnel, there is barely a ripple of applause.

It is a scenario which, if it isn't currently of grave concern to Laois GAA, should be. Support for Laois teams is fading, and the ease with which the county agreed to replay the Armagh game won't have done much to draw them back. After the contempt shown towards Laois by officialdom this year, you got the feeling that throwing a few jabs back over this debacle would have been appreciated by a disillusioned support base. It was resolved so quickly, however, you'd have to imagine the CCCC were delighted.

So now, those remaining football supporters in Laois will be asked to come back to O'Moore Park this Saturday, with the concession from the men in suits being that admission is reduced to €10 (U-16s and OAPs are €5). Thanks lads, ye are too kind.

The other side of this argument is that, while supporters are being marginalised, so too are the players. Having Dublin in O'Moore Park would have given Laois' players the chance to play in front of the biggest crowd they were ever likely to see in O'Moore Park, but they were denied that opportunity.

The first Armagh game, having it when they did, killed any hope of there being a crowd in O'Moore Park for the game. They are all young men interested in sport as well, they might even have liked to watch the game, no doubt like many of their friends did, (but while drinking water or a protein shake, obviously), but to hell with that. Clearly, the players and supporters aren't a concern here.

And now, for a momentary lapse from someone not on the field, all 40 odd players who did step onto the turf in O'Moore Park have to come back and play again. And when is it on? Four hours before the Laois hurlers are playing in another province, just to cause another dilemma for the fan base. Thanks again, lads.

There is a growing discourse within the GAA at the moment, which seems to be mostly fuelled by Joe Brolly's exasperation at the current state of intercounty football, asking what is the point of things as they currently stand? Where have the priorities of the intercounty game gone? What, really, is the most important thing for the GAA at present?

If you were a Laois football supporter, or even a player, you couldn't be blamed for asking yourself those very questions, and coming up with some unfavourable answers.