Laois suffer shattering defeat at the hands of rampant Clare 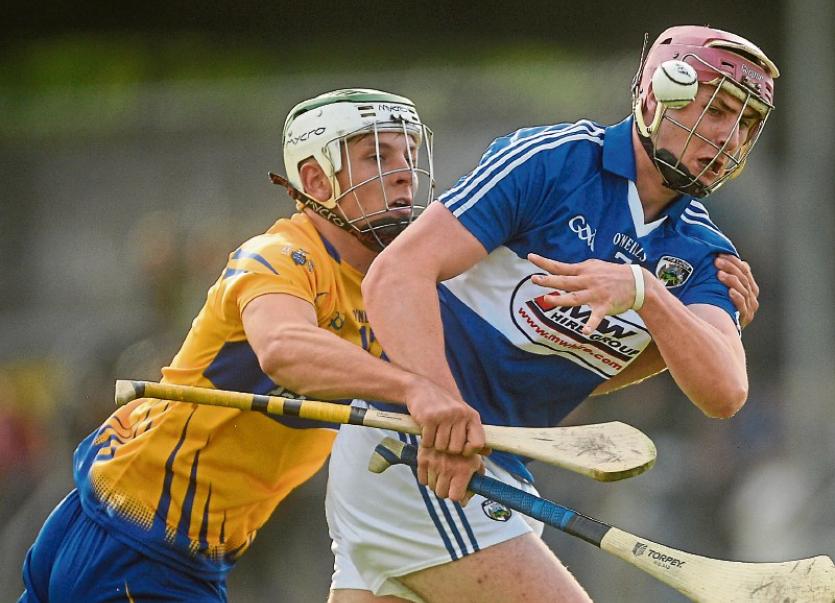 Laois were eliminated from the All-Ireland Senior Hurling Championship after suffering a heavy defeat at the hands of Clare.

The 2013 All-Ireland champions controlled this game throughout the 70 minutes as they ran out 35-point winners after a disappointing challenge from the Midlands side.

It means another short season for Cheddar Plunkett’s side who fought hard but were never in contention after Clare hit four points in a row between the 11th and 18th minutes in this first round qualifier.

Laois looked uncertain at the back and conceded a sixth minute goal. This was after goalkeeper Enda Rowland had already bailed out his defence with a superb save in the first minute. In fact, the St Lazerian's Abbeyleix net-minder made a number of fine stops and it is frightening to think how this qualifier match would have ended if not for his interventions.

However, this was one of the few positives from a Laois side whose lack of discipline will infuriate their management team.

This lack of discipline was personified when Ben Conroy was shown a first half red card – for two yellow cards received within three minutes of each other. This was the first of two red cards, as Cha Dwyer also got the line late on after also getting a second booking on a miserable night for Laois hurling.

While many questions will be asked of the Laois side, credit must be given to Clare. After the Banner limped out of the Munster Championship, they had class all over the field but in particular Tony Kelly. The former Young Hurler of the Year scored 0-10 before being rested with over 20 minutes to play.

Also impressive for Davy Fitzgerald’s side was Aaron Shanagher. The Wolfe Tones attacker hit a remarkable tally of 4-1 as Clare never took their foot of the pedal, even when the result was beyond doubt.

Laois led only once in this knock-out tie and this was when Cha Dwyer scored after just 10 seconds. It was in the fourth minute when Tony Kelly equalised for Clare – minutes after Rowland’s first great save.

A minute later, Clare had the ball in the back if the net for the first time. A David Reidy shot was well stopped by the Abbeyleix ‘keeper before Shanagher bundled the ball into the back of the net.

After his heroics at one end of the field, Rowland, then pointed a long-range free. PJ Scully then rose a white flag, also from a free, to reduce the gap to one (1-1 to 0-3) after 13 minutes.

Laois would only add another two points in the half – Clare would add 1-13 to them tally before the short whistle.

Kelly, Podge Collins, John Conlon, David McInerney, Colm Galvin and Conor Cleary would add scores for Clare as they ran riot. Willie Hyland and Neil Foyle got points for Laois but they were clearly second best.

The day would get worse as in the fifth minute of first half stoppage time, Aaron Shanagher got another goal. This helped the Munster side to a 2-14 to 0-5 lead at the change of ends.

The slim chance that Cheddar Plunkett’s side had quickly evaporated as the home side hit eight points in the first eight minutes after the break. Two goals within 60 seconds of each other from Aaron Shanagher piled on the misery for Laois as the gap was now 28 points.

Laois added a few points to their tally from Rowland, Matthew Whelan, Willie Hyland and a super point from Mark Kavanagh a rare good moment for the visitors. Podge Collins added a fifth goal on a bad day for Laois.

To add to their misery there was serious injuries for Ross King and Podge Lawlor who both came off in the first half. King suffered a suspected dislocated shoulder, while Lawlor broke his ankle. All this combined for a disastrous end to a disastrous year for the Laois senior hurling team.