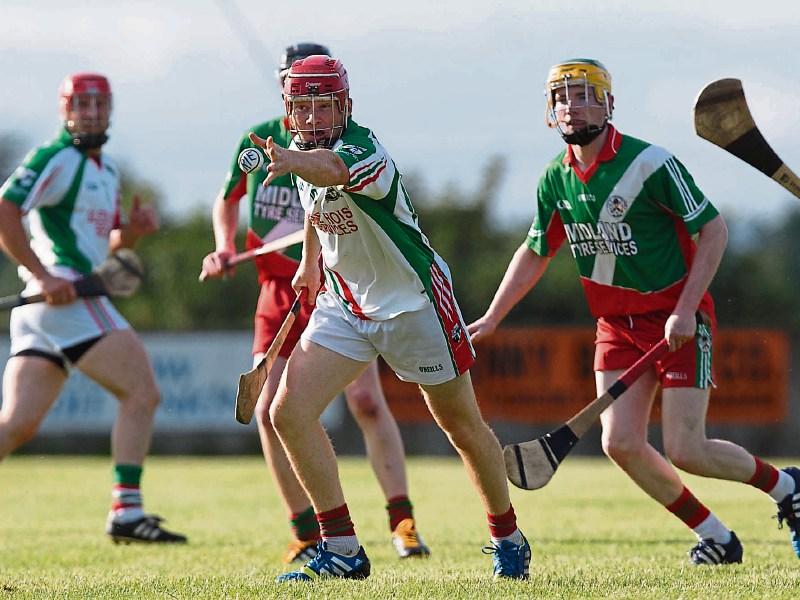 The Laois championship was blown wide open on Thursday evening in Rathleague where Portlaoise shocked league runners up St Brigid's in a high tempo, skilful and hard fought game.

This win sees Portlaoise and Sarsfields sit top of the group with Brigid's and Timahoe closely behind. The match was a great example of the high standard of football within the county and a thrilling game to watch for supporters.

Brigid's started the game strongly and had 1-1 on the scoreboard after two minutes; Caoimhe Simms adding the point while Deirdre O’ Shea chipped in with a goal after two very well worked team moves.

However Portlaoise were back within a point of the visitors however with five minutes on the clock when Aisling Kehoe’s 30 yard free fell short and into the top right corner of the Brigid's net. Portlaoise built on this and two points by Kehoe was followed by a point from captain Ellen Healy to put Portlaoise ahead by two with fifteen minutes played.

An excellent 30 yard free by Deirdre O’ Shea reduced the gap to one; both sides were giving it their all and were moving the ball well.

The excitement reached fever pitch in the 22nd minute when Brigid's Alice Malone weaved in through the Portlaoise defence, was fouled in the square and a penalty was awarded. Deidre O’ Shea coolly stepped up and slotted the ball low into the bottom right corner to give Brigid's a two point lead.

Portlaoise responded to this setback immediately. The ball was worked out by Deirdre Phelan who laid it off to Ellen Healy who carried it down the wing, kicked it in to Aisling Kehoe who was floating dangerously around the square. Kehoe turned and buried the ball into the back of the net; Portlaoise ahead by the minimum once again.

At the other end Deirdre O’ Shea raised the white flag to bring the sides level again. Patrice Whelan won the resulting kick out and O’ Shea ran off her shoulder to put it between the posts and give St Brigid's the half time lead at 2-4 to 2-3.

Two early points each from O’ Shea and Kehoe kept Brigid's ahead in the early stages of the second half. Portlaoise were beginning to increase the tempo as their superior fitness began to emerge. A huge burst of pace saw Fiona Dooley run through the Brigid's defence and tap the ball into the bottom left putting Portlaoise two points in front with twenty minutes remaining.

Portlaoise won the kick out and Ellen Healy carried the ball in and popped it to Kehoe on the edge of the box who unleashed an unstoppable shot for her third goal of the day.

Brigid's were slow to respond as Kehoe added a point with fifteen minutes remaining. Brigid's had a great chance to reduce the deficit but Jane Moore’s long range effort was expertly saved by the quick reflexes of Portlaoise ‘keeper Ciamh Dollard. Dooley and Healy added points for Portlaoise to extend their lead.

Brigid's continued to persevere however and their efforts were rewarded when Caoimhe Simms sent the ball into the Portlaoise net with four minutes remaining. O’ Shea added her sixth point of the day and her side tried to push on but Portlaoise defended well and held out for a hard fought victory over a strong Brigid's side.