The stakes are higher, but this Laois team know how to raise their game 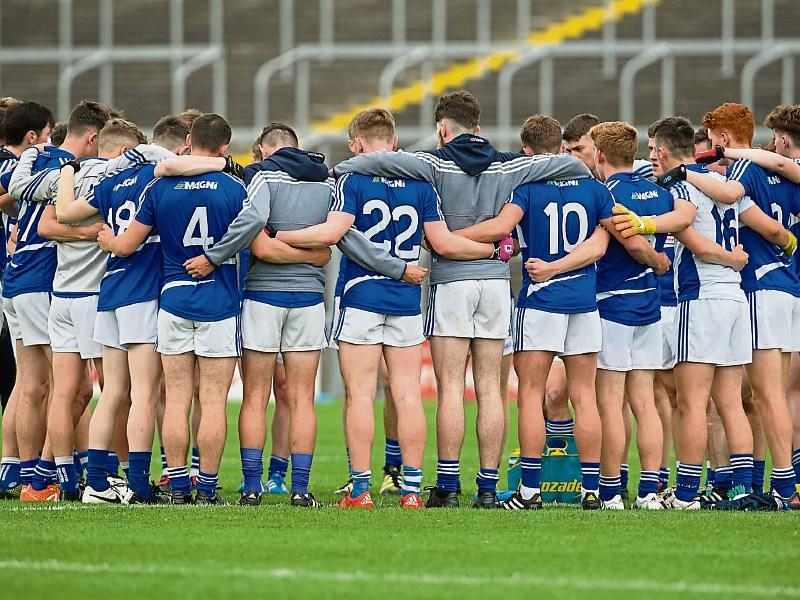 It has been nine years, believe it or not, since we last had the chance to preview a Laois team in a Leinster minor final.

When you look at the decade or so previous to that, you'd have had a hard time convincing Laois supporters such a barren spell was on the horizon. Between 1995 and 2007, Laois appeared in eight Leinster finals, winning three All-Ireland's and generally dazzling the country with the almost never-ending supply of talented footballers being churned out of the development squads.

In that last final appearance, a three point win over Carlow in 2007 that featured a Conor Meredith hat-trick, it looked as though there was no end in sight to Laois' success.

Unfortunately, the success did dry up. Occasional semi-final appearances offered hope of a return to the good times, but it wasn't until Mark Rooney's side stormed to victory last Tuesday night that Laois finally got back to a provincial decider.

The manner in which they did it, showcasing an ability to correct faults on the hoof, move through the gears when needed and, ultimately, supporting each other every step of the way, will have heartened all of those in attendance.

There has been a huge amount of work poured into this team, from the back room team right up to the players themselves, and it is fantastic to see them get their reward. Better still, the development squads at U-16, U-15, U-14 level, and every other age group, will have seen them get their reward, and it helps to build a benchmark for future success.

Perhaps the most impressive aspect of Laois' rise to the provincial final is that, at the start of the year, few outside of the panel were looking that far ahead. Their performances in the Leinster minor football league started to serve notice of what they were capable of, but a crushing defeat to Dublin in the final was followed by an opening round loss to Meath in the championship, and you worried those two defeats to could do fatal damage to their season.

That has not been the case, however.

Confidence and resilience can be scarce commodities at minor level, but this Laois team certainly are not lacking. After those defeats, they put their shoulder to the wheel and worked to reclaim their season. A routine win over Carlow was followed up with a nail-biting victory over a good Louth team, and you could see after the game what that victory meant to the players.

That set the scene for last week's win over Offaly, and again the manner and maturity of the performance was impressive. Having failed to find form in the first-half, they regrouped at half time and came out stronger after the break.

That mental toughness is a big help to the side, but there other strings to their bow. They have no one player their game plan revolves around, no star individual on whom everything depends. What they do have is a panel of solid footballers with a voracious appetite, and the lack of a star man means that no one's position is safe.

The management team have shown a willingness to draft players in and out of the team, and they have no favourites if things are not going right. Regardless of the player or their perceived status in the team, if they are not performing they are called ashore and someone else is given a chance, and that ensures that there is the right kind of pressure on the players.

While there might not be any star player, there are still a number of serious prospects within the team. Perhaps their most impressive performer so far this year has been James Kelly, the St Joseph's defender with penchant for racing forward at opportune moments. His goal in the opening round loss against Meath was as good a score as will be seen anywhere in Ireland this year.

Sean Byrne, who captains the team from centre-back, is another good prospect, and he was very impressive against Offaly.

What awaits them this Sunday will be a new experience for all involved, however. Kildare are now where Laois were roughly a decade ago, as they have become one of the elite county's in Leinster when it comes to producing underage talent.

They are the reigning Leinster champions, having beaten Longford in last year's final, and this is their fourth Leinster final appearance in four years. Laois have beaten Carlow, Louth and Offaly to get to this stage, and with the greatest of respect to those county's, Kildare will be a different prospect altogether.

They defeated Meath in their semi-final, after extra time. With the teams level at 0-12 each at the end of normal time, Kildare scored 0-7 in extra time to run out 0-19 to 0-15 winners, an impressive return in a high-stakes game.

Their main threats come in the full-forward line, where Ciaran Kelly and Jimmy Hyland will take watching from the Laois defence. Between them they accounted for 0-15 of their 0-19 total against Meath, and Mark Rooney will have to ensure the supply of ball into them is limited. Hyland in particular is no stranger to Laois fans, as he kicked an injury time point last year to beat Laois in the quarter-finals.

Kildare also have the upper hand on Laois in terms of experience, as a good portion of the squad have already been to Croke Park for a Leinster final. Most of this Laois team were eight or nine years old the last time the county was in a final, so it is a completely new experience for them.

That doesn't have to be a negative though, and this team have shown that they are more than capable of meeting adversity head-on. They are supremely fit as well, and the wide open spaces of Croke Park shouldn't hold any fears for them, and may even work to their advantage.

We can only hope their efforts to get this far are matched by a sizeable Laois support, as we have surely learned as a county by now to savour provincial final appearances, and not take them for granted.

It will be a very difficult game for Laois, but they wouldn't be expecting it or wanting it any other way. Everything about this game, from the venue to the opposition, is a big step up from what they have experienced so far this year, but they have responded well to every challenge placed before them, and there's nothing to say they won't do the same again here.