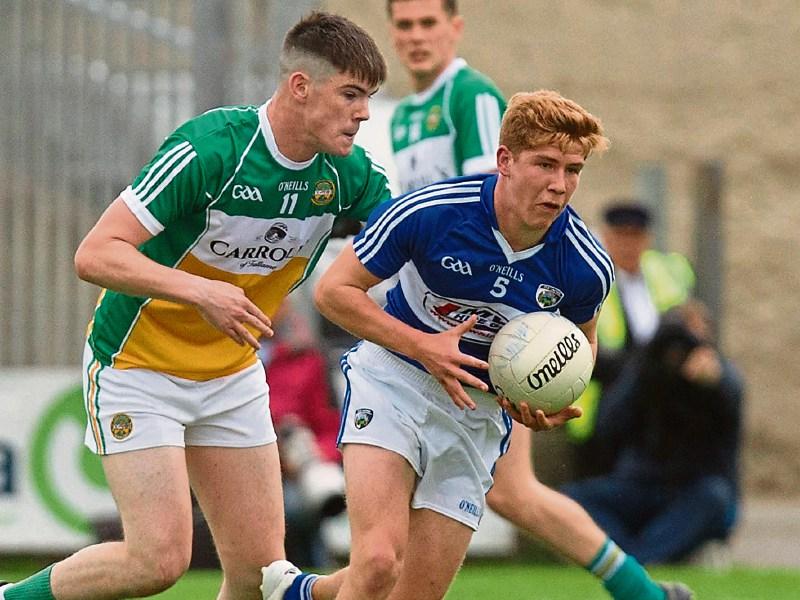 A tremendous second half performance by the Laois minor footballers has seen them book a spot in the Leinster final for the first time since 2007.

Laois played with serious heart throughout, and their intense training was evident by their superior fitness in the second half.

Laois opened the scoring with a point from Finbar Crowley. Good play by Shane Bolger saw Diarmuid Whelan display his impressive free taking skills to put Laois second point on the board soon after.

Whelan was on hand again to curl the ball between the posts from 35 yards as Laois went three clear. Laois had the majority of the possession but made juvenile errors by carrying the ball into the corner in the forwards, getting tackled and losing possession.

Offaly picked up the pace and a good team move saw midfielder Michael Mooney put their first score on the board with eleven minutes on the clock. Laois were on the attack once again after that though, the ball worked up the field by the midfield pairing of Liam Delaney and Max Connolly.

It was then sent in to Courtwood’s Alan Kinsella who turned his player and cut in from the left towards goal. With only the ‘keeper to beat Kinsella panicked slightly and kicked the ball into the goalkeeper’s hands, who duly cleared, but Laois retained possession and Diarmuid Whelan pointed.

Offaly found their feet and scored back-to-back points through Cian Johnson and Shane O'Brien, and this gave them a boost of confidence. Their midfielders worked the ball in and set corner forward Conor Lynam up one-on-one with Laois' Ross McGrath, but Lynam was expertly blocked by Richard Hitchcock to the relief of the Laois supporters.

The whistle was then blown to signal half time; Laois leading to a solitary point 0-4 to 0-3 and Laois supporters with very little to look forward to in the second half.

Whatever was said at half time worked wonders with the O'Moore men. A direct ball in from midfield resulted in Alan Kinsella opening the scoring with a point from a free. Adam Deering scored two points in quick succession, as Laois' fast passing was starting to pay dividends.

Captain Sean Byrne intercepted an Offaly attack and hand passed it up the field before splitting the posts for a cracking score. Offaly pulled one back with a point from Cian O'Neill, but Laois had ignited a fire that kept burning. Diarmuid Whelan (2) and Deering added points while Ross McGrath made an excellent save to deny Offaly’s Dan Molloy a goal.

Evan Lowry then spotted Adam Deering making a run and his superb crossfield ball landed just on Deering’s chest, which Deering then popped over the bar. Whelan chipped in with another free as Offaly struggled to combat the fast pace of Laois.

With 55 minutes on the clock, Max Connolly then sent in a dangerous ball to Evan Lowry on the edge of the box, and Lowry turned and slotted it into the back of the net as Offaly supporters stood up to leave, knowing there could be no return.

Mark McDermott added a long range point to extend Laois' lead while Offaly substitute Nathan Poland kicked a consolation point for his side. Johnny Kelly raised the white flag late just before the final whistle as Laois fans invaded O'Moore Park, as they celebrated the victory and dared to dream of even brighter days ahead.