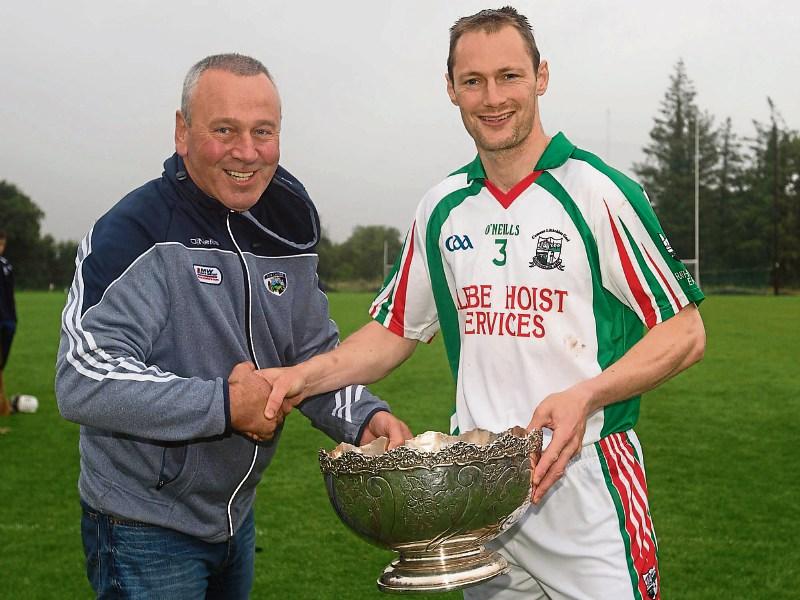 Rathdowney-Errill signalled their intent for the impending Laois SHC as they put in an impressive display to claim the ACHL Division 1 title thanks to this eleven point win over Castletown on Sunday night.

Played in absolutely terrible conditions for hurling, as a strong wind blew straight down the field and brought endless showers of rain with it, Rathdowney-Errill still managed to dominate from start to finish.

That this victory was achieved without both Ross King and Mark Kavanagh only adds to the impressive nature of the win. Another of their intercounty contingent, Liam O'Connell, also remains sidelined, but plenty of players have been performing well in their absence.

They had far too much experience and physicality for a young Castletown side, and they handled the weather and the occasion really well. You only have to look at the scoring records from the game to see that, with Rathdowney-Errill scoring 0-22, with 0-18 of it coming from play, and a total of nine different players on the scoresheet. Castletown, in contrast, didn't register a score from play until the 57th minute, and just three players found the target for them, as they were wasteful throughout.

It will have been disappointing for them, but given the average age of this team, they will surely have learned from it. Not that long ago Castletown were one of the oldest teams around, but now the age profile of the team is at the opposite end of the spectrum, as they bring through a number of exciting young players. They may not have won this game, but the future certainly looks bright for the club.

If they were looking for their players to gain experience, they need only get them to study the manner in which Rathdowney Errill played this game. In the first half, they faced into the teeth of the wind, but still hit the first two points, from Eoin Bourke and Tadgh Dowling. Dylan Conroy responded with a free, but Rathdowney were making light of the weather, and rattled off four points in a row to lead 0-6 to 0-1 after the first quarter.

Shane Phelan (free) and Eoin Bourke exchanged points after that before Castletown's best spell of the game. Dylan Conroy hit three frees and Phelan added another as Castletown whittled the lead down to just two, but an injury time point from Alan Delaney left Rathdowney-Errill 0-9 to 0-6 to the good at the interval.

Both teams swapped a couple of points each at the start of the second half, before Rathdowney-Errill started to show the kind of form that has made them one of the best teams in the county for over a decade.

Sensing an opportunity, they upped the pace of the game and hit five points in four minutes, as Eoin Bourke, Jack Kelly (2), Patrick Purcell and John Purcell put them eight clear.

Dylan Conroy offered brief resistance from a free, but Tadgh Dowling responded with interest thanks to two wonderful points from play. Again it was Conroy who replied for Castletown, but Rathdowney-Errill had a firm grip on proceedings now.

Eoin Bourke hit a couple of frees and Jack Kelly scored a lovely point from way out on the left wing, and there was no doubting now who the winners would be. Tadgh Dowling put the seal on the victory in injury time, as Rathdowney-Errill ran out deserving winners.