Abbeyleix have it all their own way in 1A final 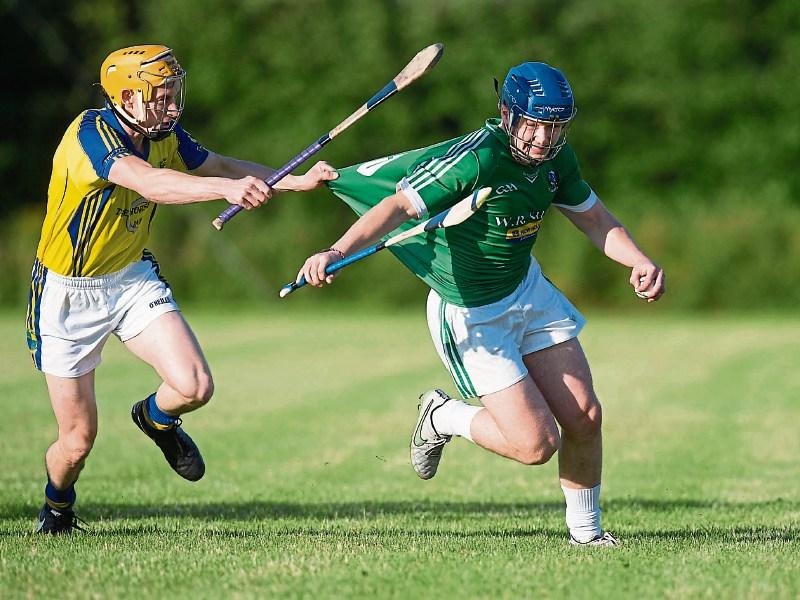 St Lazerian's Abbeyleix are the 2016 ACHL Division 1A champions, after they cruised to a one-sided victory over Rosenallis last Thursday night in Raheen.

With ambitions of making a real impression on the senior hurling championship later this year, it was no surprise to see Abbeyleix claim this title, but annihilating Rosenallis in this manner won't have taught them much ahead of the start of the SHC.

They were 1-3 to 0-1 ahead after just six minutes, and two more goals before half time ensured they had the win wrapped up at the break, as they lead 3-9 to 0-4.

Rosenallis weren't lacking in effort or endeavour, but they couldn't live with the intensity that Abbeyleix brought to the game. It is a disappointing manner in which to lose a final, as they managed just two points from play over the course of the 60 minutes, but they have at least been hurling right up until the start of the SHC 'A', which begins this weekend.

Abbeyleix, meanwhile, face Borris-Kilcotton in a little over a week's time, and while they were impressive here, they will have to significantly improve if they are to contest for senior honours later this year.

They hit the front in the second minute when Eoin Reilly landed a free, with Rory McEvoy adding his first score moments later. Eoin Reilly then set up Dayne Peacock to make it three points in two minutes for The Fung, as Rosenallis finally opened their account thanks to a Patrick Keating free. It was only a brief respite, however, as Abbeyleix got their first goal moments later. A lovely touch from Eoin Reilly allowed him to round Cathal Fennelly, and he raced clear to fire in a goal.

Walter Murphy responded for Rosenallis with a point, but Abbeyleix, with wind advantage, were dominating. Eoghan Fennelly pointed from the left wing and Stephen Reilly's brilliant catch in midfield set Rory McEvoy up for another. Simon Smith replied with what would prove to be Rosenallis' last score from play, and Abbeyleix hit back with two frees, one each from Eoin Reilly and Enda Rowland.

Patrick Keating's free brought Rosenallis' tally to four points for the half, and unfortunately for them, they would not score again before the interval. A booming puck out from Enda Rowland bounced kindly for Joe Bergin, and from 15 yards out he rattled a shot into the top corner.

Rowland and Reilly pointed once again for Abbeyleix, before they were boosted by another goal. Rory McEvoy's shot for a point from way out on the left wing evaded everyone in the square, and managed to slip inside Stephen Kelly's near post, which meant Abbeyleix lead 3-9 to 0-4 at half time.

Despite having the wind in their backs in the second half it was never going to be enough of a boost to see Rosenallis salvage a result, although they did improve after half time. Eoin and Ross Reilly shared three points between them before Stephen Kelly pointed a 65 to open Rosenallis' account for the second half.

Ross Reilly and Dayne Peacock stretched the Abbeyleix lead, however, and no matter how hard Rosenallis worked, they were never allowed enough time on the ball to either get comfortable or build up some momentum.

Three points from placed balls by Patrick Keating drew just on reply from Abbeyleix in what was Rosenallis best spell in the game, but Eugene Hearns then pounced for a fourth goal for his side. Winning the ball on the edge of the penalty area, his shot had Stephen Kelly at full-stretch, and despite the best efforts of the Rosenallis net minder, the ball managed to cross the line. That, as they say, was that, and Abbeyleix cantered home to a facile victory from there.