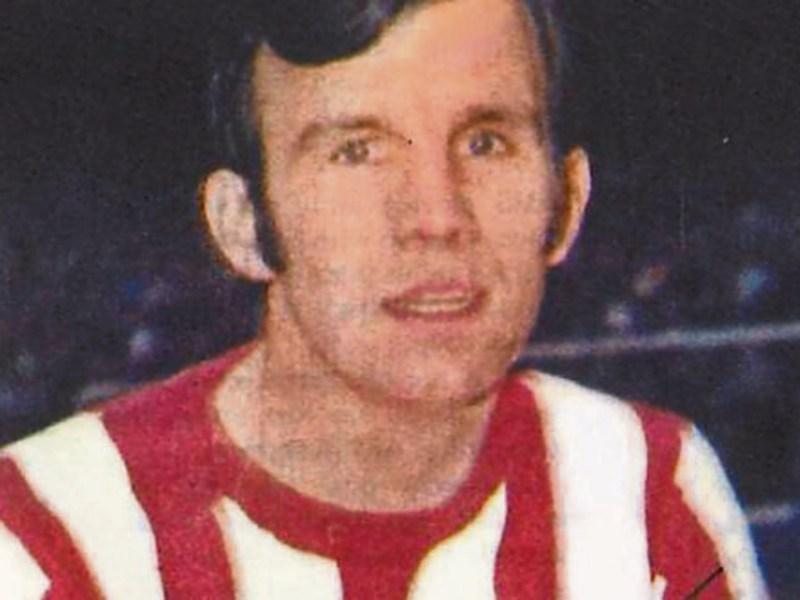 The town of Rathdowney was in mourning recently, as one of their most famous sporting sons passed away in England.

Tony Byrne, who won 14 caps for the Republic of Ireland, lost his battle with cancer. Byrne was originally from Rathdowney, but moved to the UK when his father, Nicholas Byrne, and mother, Bridget, emigrated in the 1950s.

Byrne spent 15 years in Britain as a professional soccer player in the days when they were paid as jobbing journeymen. His first club was Millwall, but after one appearance he was signed by Southampton.

Byrne is best remembered for his appearances in the Irish jersey between 1969 and 1973 and his 10 years at the Saints which began in 1965. A slight but dogged 5ft 7in figure on the pitch, he began playing in midfield but switched to left back.

Times were hard in Ireland in the 1950s. Nicholas Byrne, a yardman tending horses, and his wife Bridget (Fannon), left before Seán Lemass’s rising tide would “lift all boats”. They settled in London, along with their seven sons and six daughters. Two other children had died young.

Living first in Islington and then in Kentish Town, Nicholas worked as a plasterer. Sons Tony and Joe, both coming into their teens, had hated leaving Rathdowney as they missed the hurling matches in the “big square” where they challenged scratch teams of neighbours’ children.

However, Tony Byrne soon adapted to soccer and before long was talent-spotted for south London team Millwall.

At Southampton’s Top Rank ballroom in 1966 a soccer player was quite a catch, and 19-year-old Sandra Simmons, who worked in a pharmacy, caught Byrne’s eye. They married and during the “close season” when soccer ceased and players had to find other income, Byrne worked as a builder and as a groundsman at Romsey golf course.

Between 1969 and 1973 he made 14 appearances for Ireland. His first cap was in Dublin and was the first time he played soccer in Ireland.

After 10 years at Southampton, he went to Hereford United to join his friend Terry Paine. Together they helped the Bulls win the third division in 1976. His playing career ended at Newport County.

By the 1980s Byrne’s soccer career was over, but he still had to make a living. Married with two children, he stayed in Hereford and worked mainly at building.

Golf was also important. The hand-eye co-ordination honed on the hurling pitch in Co Laois transferred to the greens and fairways of his adopted home and Byrne’s handicap was one. His son Seán Byrne grew up to be a professional golfer. His father might also have been one.

Byrne was delighted when the Football Association of Ireland honoured former international players in Croke Park in Dublin in 2007 by presenting them with gold caps.

He never showed any regrets at having narrowly missed the big payday era of soccer or the Jack Charlton revival in Ireland. Byrne had made his own way and he had enjoyed the journey.

Anthony Brendan Byrne is survived by his wife Sandra and their children Seán and Karen.