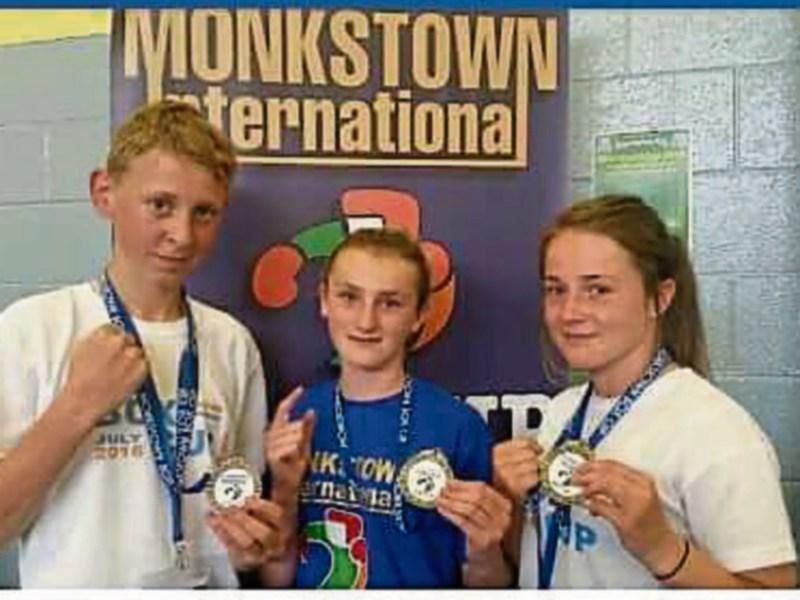 After a long hard few days both on the mind and the body, three boxers from St John Bosco Boxing Club in Mountmellick brought home one gold and two silver medals from the biggest schoolboy and U-18 international competition in Europe.

Hats off to Joleen McInerney who turned in a series of quality performances, paving her way to gold, as she was probably just a little level above each opponent along the way. Her success here was a testament to her commitment in training.

Kasey Holohan did superbly to make the final in her category, but just ran out of steam at the end of her contest, and she had to settle for silver in the end. Hard luck Kasey.

Joe Foran was the third medalist, as he claimed a silver medal in what was a tight, hard division which contained some talented boxers. He showed a lot guts to get over the line in a tough semi-final, and certainly earned his silver medal.

St John Bosco boxing club mountmellick would like to pay thanks to the local businesses who help fund their four boxers which represented Mountmellick in the International Monkstown Boxing Cup this past weekend.

The competition was a massive success, resulting in those three medals. Thanks again to Dowling's Pub, SuperValu, Security Partners, Strong and Sons Power Washing and Fitzpatrick Plant and Agri Hire.

Without your help, and the continued commitment of our local community, coaches and parentsm this massive achievement would not have been possible.