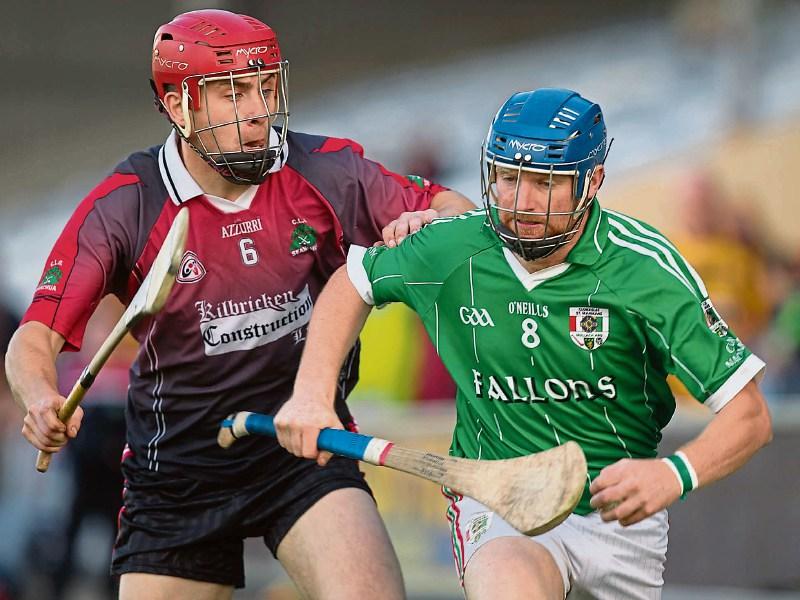 Shanahoe opened their SHC 'A' campaign with a comprehensive win over Clonaslee in O'Moore Park on Saturday night.

After what was an poor but evenly contested opening quarter to the game, Shanahoe clicked into gear after that, and were worthy winners.

Clonaslee took an early lead through John Rowney, but it was the only score in the opening five minutes. At best, you could say both teams were rusty, as there were mistakes aplenty all over the field. Michael Hyland doubled Clonaslee's lead in the eighth minute, but Shanahoe finally got going after that.

Darragh Cripps opened their account with a free, and Martin Kirwan added one from play moments later to level the scores. Michael Hyland edged Clonaslee back in front with a fine score from the right wing, but the lead lasted barely a minute, as Darragh Cripps drilled over a 65 to draw Shanahoe back on level terms.

They then took the lead for the first time after that, as centre-forward Fint Bowe scored a brilliant point from the left wing. PJ Fitzpatrick, introduced for the injured Michael Hyland, wasted no time in making an impression as he made space and pointed from 30 yards out, but the rest of the half belonged to Shanahoe, on the scoreboard at least.

Darragh Cripps put them in front, again from a placed ball, before Aidan Delaney had his yardage just right when his shot from distance just made it over the crossbar. Another Cripps free made it a three point lead, but some unsavoury scenes followed.

An innocuous enough challenge on the sideline didn't seem like the sort of thing to get out of hand, but that's exactly what happened. Players from both sides steamed in and by the time order could be restored, Shanahoe's Brian Guilfoyle and Clonaslee's Glen McEvoy and Tommy Tynan had all been red-carded.

There were no more scores before the break, as Shanahoe lead 0-7 to 0-4 heading to the dressing rooms.

The momentum which they built up before half time survived the interval, and they came out strongly at the start of the second half. Rhian Bergin, Anthony Kirwan and Conor Hiney all pointed in the opening six minutes to push them six clear.

Ger Reilly got a point back for Clonaslee, but they were certainly struggling at this point. John Rowney got another point for them in the 43rd minute to pare the lead down to four, but Darragh Cripps nailed another free to keep Shanahoe at arms length. When he added a 65 soon after, Shanahoe lead by double scores, 0-12 to 0-6, and with ten minutes left, there only looked like one winner.

That proved to be the case, as Evan McEvoy and Darragh Cripps added points before the clincher arrived. Rhian Bergin's ball in broke in the penalty area, and Fint Bowe swept home the loose ball.

Shanahoe took their foot off the pedal after that, and Clonaslee took full advantage. A PJ Fitzpatrick goal gave them a shot in the arm, and they scored 1-4 in the last five minutes, but they had left themselves with too much to do.