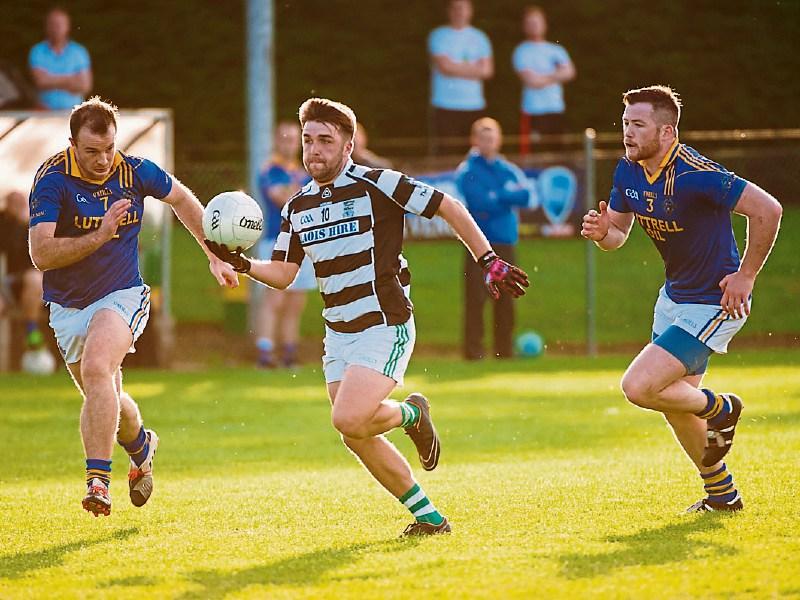 Portlaoise cruised to the ACFL Division 2 title with a 6-13 to 0-6 dismantling of Annanough in Ratheniska on Saturday night.

Portlaoise got off to the perfect start when Martin Staunton went through to claim the first of Portlaoise’s goals. Things only got worse for Annanough as two points from full forward Kevin Fitzpatrick and a point from Liam McGovern meant Annanough were six points down with just over five minutes played.

Annanough trailed by four after two points from Donal Miller, one of which was arguably the point of the game. He took on two Portlaoise men, beat them both with a dummy solo and pointed for a superb score. That should have given Annanough some momentum and confidence, but unfortunately for them, that didn’t happen.

Portlaoise came firing back with two scores from Martin Staunton and Scott Lawless. Then they grabbed their second goal of the game through Aaron Rafter when he easily turned his man and left the Annanough defence for dead. He finished well past keeper Sean Hennessy to give Annanough a mountain to climb. The scores kept coming for Portlaoise, with Liam McGovern and Scott Lawless on target.

A second goal of the game from Martin Saunton and a third for his team seemed to seal the win for Portlaoise half way through the first half. This was shortly followed by yet another goal, this time from Aaron Rafter. A further point from Scott Lawless (free) meant that the game was over at half time, the score line reading 4-9 to 0-2.

The whistle for the second half went and Portlaoise got the first score of the half through centre forward Liam McGovern. Annanough then doubled their tally with two frees from Steven Miller.

Portlaoise again stepped up their game following this, with three scores on the trot. A point from Aaron Rafter was followed by another goal from Martin Staunton. He finished well into the top left corner of the net. This goal was followed up by one from sub Jack Fennell his first of the game.

Annanough got a point through Simon Miller, which was met with another goal from Portlaoise, who were very much in cruise control. Annanough clawed one back again through Donal Miller, who was Annanough's best performer on the day.

Portlaoise got their final scores of the game through two Scott Lawless points to seal a remarkable win for the town, the final score was 6-13 to 0-6. Annanough have to find a way to pick themselves up after this with a meeting against O’Dempseys in the intermediate championship, while Portlaoise are up against Timahoe in what should be a very competitive game.

Despite Annanough’s performance last Saturday, they still had a decent league campaign overall and should take some confidence from that, although it won’t be easy with the league final performance in the back of their minds.