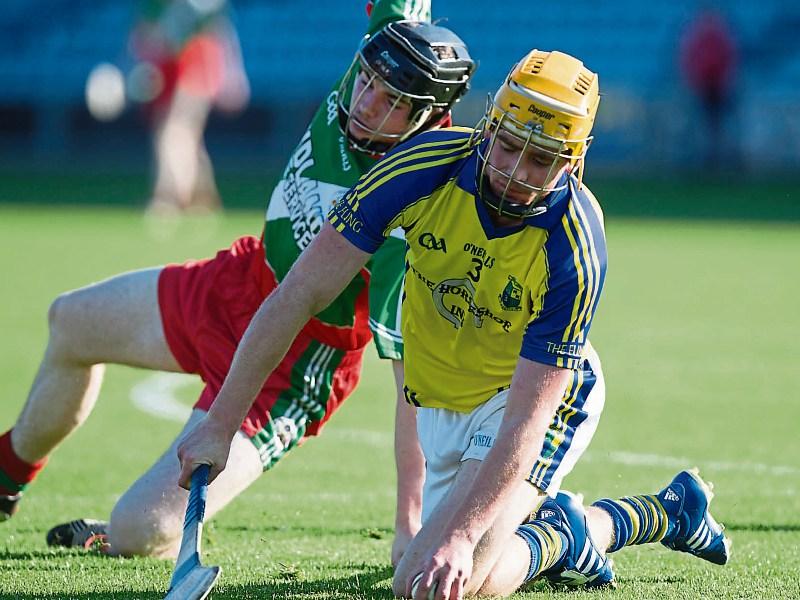 A Stephen Phelan goal in the 59th minute helped Borris-Kilcotton to a hard-fought win over Abbeyleix in the Laois SHC Round 1 on Saturday evening.

Phelan plucked Stephen Dunphy's long ball from the air before turning and firing a shot past Enda Rowland, as Borris-Kilcotton finally got the better of a determined Abbeyleix side.

Abbeyleix can be proud of their efforts here but they will undoubtedly see it as a missed chance. They were the better side for long spells but their shooting kept letting them down, and they finished with 13 wides.

Borris-Kilcotton were only marginally better, and they will have to improve drastically to contend for the Bob O'Keeffe Cup, but a good, tough game like this will do them no harm at all.

Abbeyleix took the lead inside of a minute, when Dayne Peacock tapped over the first score of the game. Borris-Kilcotton soon settled into the game though, and PJ Scully landed a long range free from in front of the stand to level the scores.

Scully hit a second free from almost the same spot moments later to edge his side ahead, and Neil Foyle, operating at wing back, then landed a long range effort to double the lead.

Borris-Kilcotton were starting to dominate now, as they were hounding Abbeyleix off the ball around the middle of the field and looking a threat in attack. They almost turned that into a goal in the sixth minute when PJ Scully was sent through on goal, but as he tried to round Enda Rowland his shot looped over the bar for a point.

Another free after that saw Scully score his fourth, and Borris-Kilcotton's fifth, point of the day, with just eight minutes on the clock this was already looking one-sided.

Abbeyleix needed to stem the tide and they managed that when Eoin Reilly and Dayne Peacock pointed in quick success to settle them down. Eoin Reilly then narrowed the gap further when, with a chance of a goal, his powerful shot flashed over the bar.

The pace of the game was noticably on the rise now, and Dayne Peacock drew Abbeyleix level in the 25th minute with a score from distance.

Eoin Reilly edged them in front with a brilliant point on the turn from distance, but Danny Fitzpatrick soon had Borris-Kilcotton back in front. Reilly again levelled it up for Abbeyleix, but Neil Foyle and Scully (65) ensured Borris-Kilcotton would lead at half time, despite Joe Bergin's late point for Abbyeleix.

Abbeyleix stormed out of the blocks in the second half, as Eoin Reilly levelled the scores with a free, before Rory McEvoy pointed from an acute angle to edge them ahead. Reilly then added a superb long-range score to make it 0-11 to 0-9, but they missed a chance to press home their advantage.

Borris Kilcotton drew level thanks to Scully and Stephen Dunphy, and that set the tone for the half. Abbeyleix edged ahead again only to be reeled back in, and every time they tried to pull away Borrris-Kilcotton would find an answer.

A run of three Borris-Kilcotton points in three minutes gave them the lead heading into the closing stages, and Stephen Phelan then got the crucial score. Stephen Dunphy's mis-hit shot for a point dropped in the square, and Phelan got his hand to it before breaking free and firing in a goal.

Despite Abbeyleix's best efforts, they couldn't come back from that body blow, as Borris-Kilcotton claimed the win.