Laois still looking for someone to build on McNulty's foundations 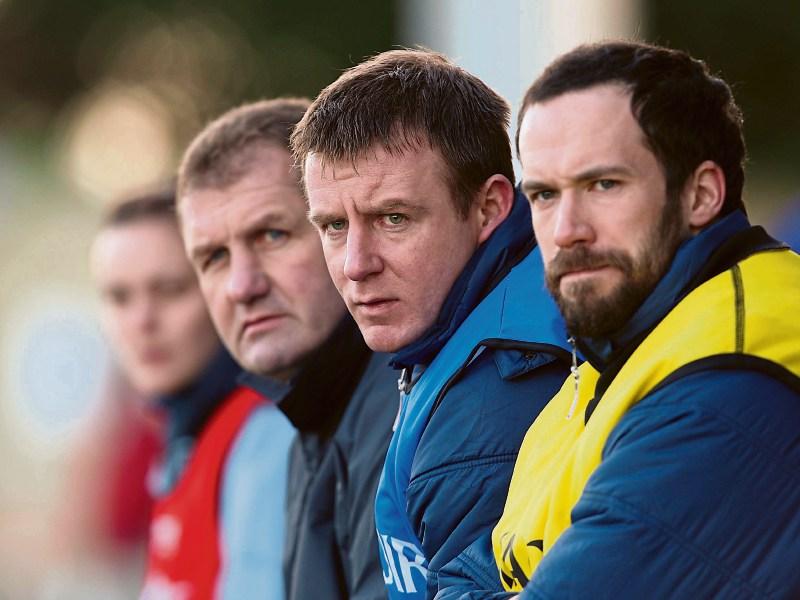 It took less than 24 hours for word of Mick Lillis' potential replacement to become public, as John Sugrue was quickly installed as the players' choice.

The speed of the news shouldn't surprise us though, because it was apparent from midway through the season that life after Lillis was already being contemplated. The ill-fated training weekend in Mayo after the league saw to that, and once Anthony Cunningham was appointed as a coach just weeks before playing Wicklow in the Leinster championship, the writing was on the wall for the Portlaoise man.

Cunningham's appointment, regardless of how it was presented, undermined Lillis' role, and spoke of the desire to appease the players who had wanted the setup modernised. Cunningham was then followed through the door by the return of Leo Tiernan as Strength and Conditioning coach, and Shane Curran's arrival as a goalkeeping coach, as Laois made a bid to get up to speed. It came far too late in the season though, and was akin to trying to change a tyre while still driving the car.

The message coming out of the whole incident, however, was clear; the players were speaking out and wanted to be taken seriously. The same is happening now.

Lillis had coveted the Laois job for a long time, and it was a genuine pity that things went the way they did. A highly successful and respected club coach, it was a natural progression for him to step up, but the demands of intercounty football seemed to take him by surprise. If nothing else, he introduced a raft of young players to the panel, giving them vital experience of senior football, and for that the county owes him a debt of gratitude.

His predecessor, Tomás O Flatharta, lasted a year longer, but did little to advance the county in his time here. Bland football and defeats to Tipperary and Anntrim in the Qualifiers meant two years was as long as he was going to last, and all involved were happy for the marriage to end.

Justin McNulty was probably the last manager to advance Laois as a county, and we don't necessarily mean on the field of play. It was McNulty who put the required structures in place for a team to excel at this level. His record in the Leinster SFC was poor, but he did get Laois to an All-Ireland quarter-final and into Division 1 of the NFL.

His style of play didn't engage supporters, anddespite the defensive nature of it Laois still shipped some heavy defeats, but his legacy was those structures he put in place. He ensured there were the right coaches at hand, there was a strength and conditioning regime, diet and nutrition, fitness, statistics, and all of the other services players need to prepare themselves properly nowadays were put in place.

No doubt there will be a generation a supporters who regard all of those services as a blight on the game, a ridiculous development in a sport that used to be a lot simpler. The problem is, the game doesn't belong to that generation any more. Players need to feel they are being provided with every facility they require to compete, and if they can't be given that in return for the ludicrous amount of time they are prepared to sacrifice for the county, then we can't complain if they walk away or don't play to their potential.

As the money has flowed into the sport, the natural progression is for that money to professionalise the preparation of teams, and the bar has been raised repeatedly. Granted, the flow of money isn't equal, but that doesn't mean players in fiscally poorer county's don't have the same desire to succeed.

The choice is a stark one now for mid to lower tier teams like Laois; either jump higher and try to catch the group above, or walk away from the competition.

McNulty gave Laois the tools to believe they could jump higher, but his playing style showed a lack of trust in the players and would eventually only take them so far.

After he left, Laois GAA Chairman Gerry Kavanagh promised to deliver a manager who would take Laois to the next level. He delivered Tomás O Flatharta. Laois have been dropping ever since, and the last three years have been disastrous for the county.

We have won just three games in the Leinster SFC, against Wicklow (twice) and Carlow. We have exited the All-Ireland Qualifers to Tipperary, Antrim and Clare. We twice avoided relegation to Division 3 under O Flatharta in the final round of games, before eventually making the drop under Lillis.

It is a slide which has to be corrected as soon as possible, and that is what makes the next Laois managerial appointment so crucial. Next year will be the tenth anniversary of Laois' last Leinster MFC title. That side featured John O'Loughlin, Kieran Lillis, Donie Kingston and Conor Meredith, all mainstays of the current squad, and all past the midpoint of their intercounty careers. For them, and the likes of Brendan Quigley, Colm Begley and Kevin Meaney, time is of the essence.

Whether Sugrue takes the job remains to be seen. He runs his own physiotherapy clinic in Portlaoise and has a young family, so there are no guarantees he has the time or the interest to take on the role.

The fact he has been attributed as the players choice is telling, however. They have made it clear they want someone in the mould of Justin McNulty, either a young manager with a clear idea of what is required to play and prepare at intercounty level, or someone with enough experience of intercounty football to put the proper structures in place.

If Sugrue is appointed, or someone fitting that profile, then the onus falls back on the players. They are making a bold move here and there is nowhere left for them to go other than committing totally to the cause.

If they get their man, they will have to work damn hard to help make him a success.