Brennan fires Ballyroan Abbey into Round 2 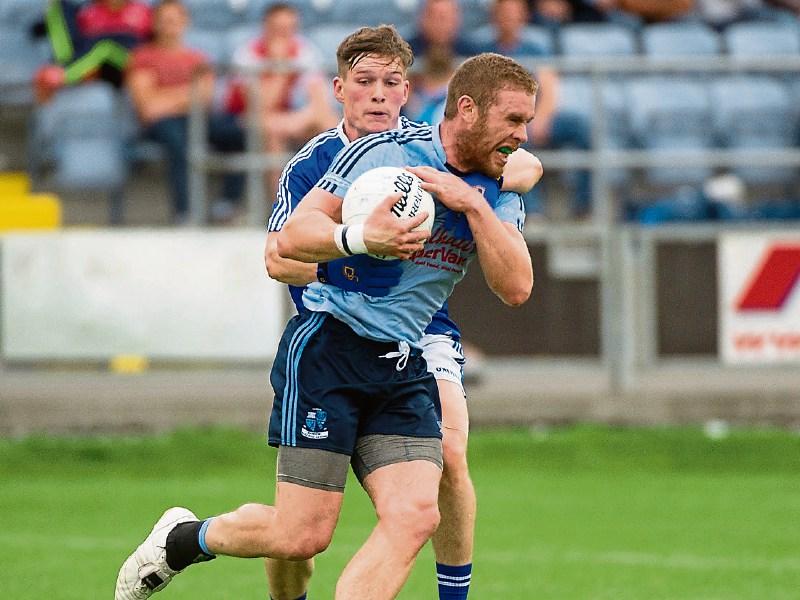 Six points from Ballyroan Abbey corner-forward Adam Brennan helped his side to a deserved opening round win over Mountmellick in O'Moore Park on Sunday night.

In what was a disappointing game overall, with some very poor shooting from both sides, Brennan caught the eye, with all six of his points coming from play.

Four of them came in the second half and they helped Ballyroan Abbey to gain the upper hand in the game. There hadn't been much to separate the teams up to then, as they were level at 0-4 each at half time, and remained deadlocked early in the second half.

A run of five points in a row from the eventual winners, between the 33rd and 39th minutes, were what ultimately won them the game though, and once they had that cushion Mountmellick never really looked like clawing their way back.

Like a lot games in the SFC over the course of the weekend, it was slow to get going. Almost ten minutes would elapse before a score was registered, as the shooting from both teams left a lot to be desired.

It was Adam Brennan who finally made the breakthrough when he pointed from close range, and the scores slowly started to trickle through after that. MJ Tierney pointed a close range free to double the Ballyroan Abbey advantage, and Brennan hit the target once more after that from the left wing.

Mountmellick were raining in wides from all angles and distances up to that stage, but finally hit the target in the 18th minute when Niall Mullen pointed a free.

With that hurdle cleared, they proceeded to dominate the next few minutes, as an incisive move ended with Colm Coss curling over an effort from 30 yards out. They drew themselves level after that, when Niall Mullen did well to get a shot away under pressure, and his effort from all of 40 yards sailed between the posts.

Colm Coss then put them ahead as Mountmellick made it four points in a row, again with an effort from long range, as they started to look comfortable.

Ballyroan Abbey almost caught them out at the other end of the field after that though, as Eoin Kearns was played through on goal. He managed to get a shot away, and keep it low, but Eoin Keogh had been quick to come off his line and managed to smother the shot.

Ballyroan Abbey did at least get back on level terms before half time, as Tierney pointed his second free, and the teams were level at 0-4 each at the interval.

Niall Mullen edged Mountmellick into the lead on the restart when he pointed a free with less than a minute on the clock, but Ballyroan Abbey started to take control then.

Padraig McMahon made his way up from wing back to kick a good point, and sub Ciaran Carroll then picked out Adam Brennan with a neat pass, and Brennan applied the finish.

Scott Conroy fisted over from close range before Eoin Kearns landed a free, and Adam Brennan then struck for his fourth point to make it five in a row for Ballyroan Abbey, and they now lead by four.

Niall Mullen (free) and Brendan Reddin offered a brief riposte from Mountmellick to halve the deficit, but an MJ Tierney free from the right wing put Ballyroan Abbey back in front. Mountmellick's poor shooting would haunt them during this period, as they were guilty of some terrible wides, while at the other end, Marty Scully missed a glorious chance for a goal.