St Joseph's at their ease to see off disappointing Ballyfin Gaels 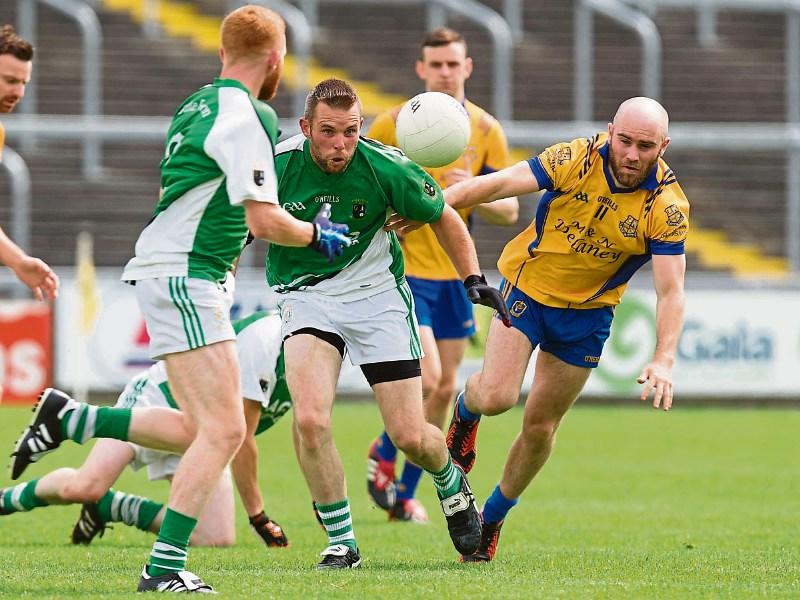 St Joseph's claimed a facile 15 point win over Ballyfin Gaels on Sunday morning in O'Moore Park, as they eased themselves into the Laois SFC.

Coming off the back of their disappointing Division 1 final loss to the The Heath, the victory here was the perfect antidote to that game. They took a while to get going, but once they did, Ballyfin struggled to live with them.

The teams were level at 0-2 apiece after 23 minutes, but from that point on, St Joseph's outscored Ballyfin by 4-9 to 0-6. Matthew Campion got two goals, Danny Hickey another, while Michael Keogh rifled in a contender for Goal of the Year.

Ballyfin's decision to pull out of the league looked a poor one, as they were well short of match fitness, and really struggled in the second half when St Joseph's were running at them. A difficult campaign awaits, and on the basis of this performance, they will be in the mix for relegation.

The best way to describe the game would be to say it was a slow-burner. We had to wait almost seven minutes for the opening score, as neither team looked comfortable early on.

Danny Hicky eventually broke the deadlock when he took a pass from Liam Kealy to the right of the Ballyfin Gaels goal and fisted over the bar.

It failed to spark much in the way of a reaction from either side, and it would prove to the only score of the opening 15 minutes. The closes Ballyfin Gaels came was when Sean Moore picked up a break off Ricky Quillinan and had a sight at goal, but his shot was blocked.

Moore did finally open Ballyfin's account in the 16th minute, when he pointed from the right wing after being set up by Louis Duff. Five minutes later, he edged his side in front when he curled over a free following a foul on Ben Conroy.

That was as good as it got for Ballyfin Gaels in the first half, and St Joseph's quickly drew level thanks to a free from Dylan Doyle. The same player then put them in front with another free, before they struck for a goal.

Kevin Campion's handpass to Matthew Campion was too far ahead of the Joseph's man to take it in his hands, but as it bounced in front of him he let rip with his trusty left foot and it found the bottom corner.

That score sent a shot of urgency through St Joseph's, and Liam Kealy added a point less than a minute later, before a Matthew Campion free rounded off the scoring for the half, leaving it 1-5 to 0-2 at the break.

Like the first half, the second was slow to get going but it burst into life in the eighth minute, when Jason Campion and Gareth Dunphy were sent off for an off-the-ball incident. After a hop-ball, Joseph's won possession and worked it to Michael Keogh, how fired an unstoppable shot into the top corner of the net. A sweeping move after that from Joseph's ended with Dan Dunne pointing, and at 2-6 to 0-2, they looked safe.

To their credit, Ballyfin Gaels tried to rally, and they hit three points in a row from Louis Duff (2) and Sean Moore (free), but when Danny Hicky hammered in a goal from close range for St Joseph's, the game was well and truly over.

The suffering wasn't over for Ballyfin Gaels, however, as Matthew Campion added a fourth goal late on, as St Joseph's cruised to victory.