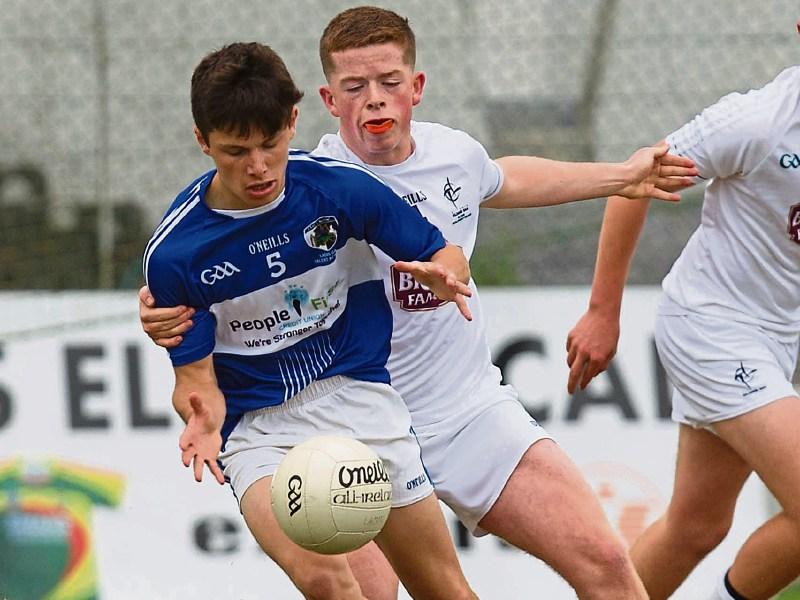 In truth, the scoreline does not really reflect the match overall, as Laois were the better team, especially in the second half.

The first half was quite a dull affair in contrast to the second, with both sides failing to really get going in the game. Laois started off the better when PJ Daly opened the scoring with a point. Shortly after, Colin Slevin popped over another point from close range.

Kildare came back into it with points from Gary Redmond and a free from Shane O’Sullivan. Kildare had the first real goal chance of the game when Shane O’Sullivan made space for himself, but the full forward dragged his shot to the right and wide.

Ronan Coffey somehow found himself with acres of space down the centre of the pitch after that. The midfielder looked like he took too much out of it as two Kildare men closed him down, but he stayed composed and kicked over the bar.

Near the end of the first half, Laois had their first real goal chance of the game. Jack Owens made a good run through the Kildare defence, but could only hit the ball straight at relieved goalkeeper Ross Waters.

Shortly after the referee blew his whistle and Laois were up by the minimum in a very low scoring half, as the scoreboard at half time read Laois 0-3, Kildare 0-2.

The second half began with a goal opportunity for Kildare, but Niall Gorman produced a good save to deny them.

A few minutes later and Jack Owens pointed for Laois, and then came the first goal of the game. Some quick hand passing from Laois ended with Jack Owens through on goal again, and this time he made no mistake. He caught the goalkeeper out with a near post finish and gave Laois a five point advantage.

Laois’s second goal came shortly after when midfielder Ronan Coffey received a pass and finished well. Laois could have had another goal from another Portarlington player soon after, but Colin Slevin couldn’t provide the finishing touch.

Laois went on with intent on more goals, and their relentless pressure paid off when a Laois player was brought down in the Kildare box, and a was penalty awarded. Jack Owens stepped up, but the penalty was well saved by Ross Waters. Fortunately it rebounded off Jack Owens’s leg and went in.

Kildare managed their first point of the half when Conor Nolan kicked over the bar. Substitute Damien McCaul came on and scored a well taken point, but Laois replied when Colin Slevin got his second of the game. Kildare needed goals, but Niall Gorman again denied them with another great save.

Kildare rallied well with two points of their own and a goal from a free by Gary Kelly, but it was much too late, as Laois held on to win the South Leinster Cup.