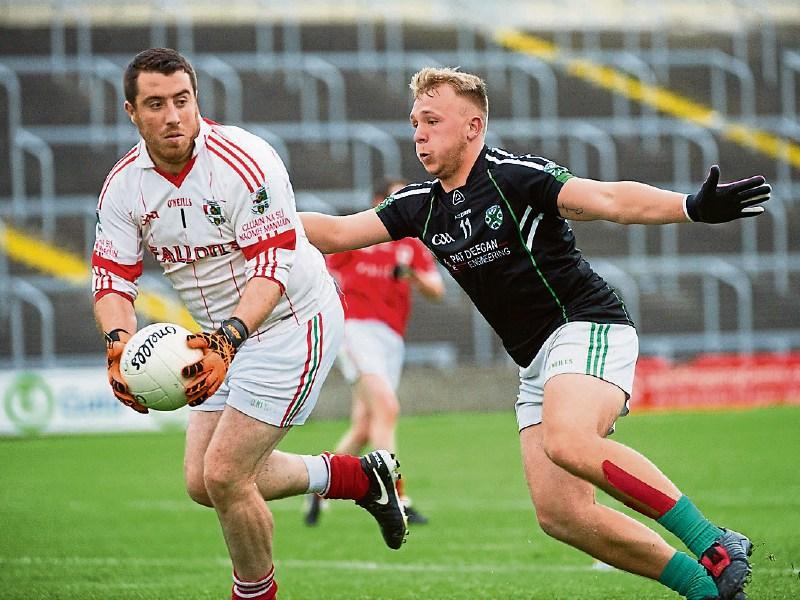 A dominant second half performance from Stradbally saw them easily book their place in Round 2 of the Laois SFC last Thursday night.

In what was the curtain-raiser for this year's competition, things didn't exactly get off to the best of starts, thanks to a very poor opening 30 minutes of football.

Whether it was nerves, rustiness or some other factor, it was nonetheless a deeply disappointing start to the championship. Jody Dillon's goal just before half time capped off a rare moment of quality in the half, and all but won the game for Stradbally.

Clonaslee, shorn of a handful of last year's IFC winning side, could only hope to keep the game close and try to nick a victory towards the end, but Dillon's goal made that an impossibility.

Stradbally were much improved after the break, scoring 1-13 in the second half, but the Clonaslee resistance was was weak enough. They seemed destined for a relegation battle on this form, while a more competitive game will be required to accurately gauge where Stradbally are at present.

They were quickly out of the blocks here as Damian Murphy pointed from the right wing with a little over 20 seconds played. Jody Dillon then set up Conor Delaney for their next score a minute later, and it looked like they were going to Clonaslee out of the game early.

That notion was delayed, however, when Clonaslee were awarded a penalty for a Liam Knowles foul on Gearoid Carroll. Goalkeeper Conor Gorman came up to take it, and he sent Derek Beale the wrong way for a well-taken score, as Clonaslee went in front.

The lead lasted less than a minute though, as a good run and point from Tom Shiel hauled Stradbally back on level terms.

Things took a turn for the worst after that, however, as 18 minutes would pass before another score was registered. The closest we came to a break in the deadlock was a Jody Dillon effort for goal which was brilliantly saved by Gorman. Eoin Buggie ended the drought with a point in the 23rd minute, but Glen McEvoy quickly cancelled that out for Clonaslee.

As half time approached the teams were tied at 1-1 to 0-4, but it was Stradbally who finished the half stronger. Damian Murphy pointed before a well-worked team move ended with Padraig Fitzpatrick setting up Dillon for a tap in. Another point from Buggie meant Stradbally lead 1-6 to 1-1 at the break.

They then proceeded to kick the first two points of the second half, and it was going to take something miraculous from Clonaslee to save themselves.

Glen McEvoy tapped over a free from close range but Stradbally had well and truly hit their stride by now. They hit four more points in a row, two from Colm Kelly frees and further efforts from Jody Dillon and Tom Shiel to finish the game as a contest.

There was still time for a late flourish as well, as Tom Shiel found the bottom corner of the Clonaslee net from 14 yards out to cap off a good second half showing from his side.