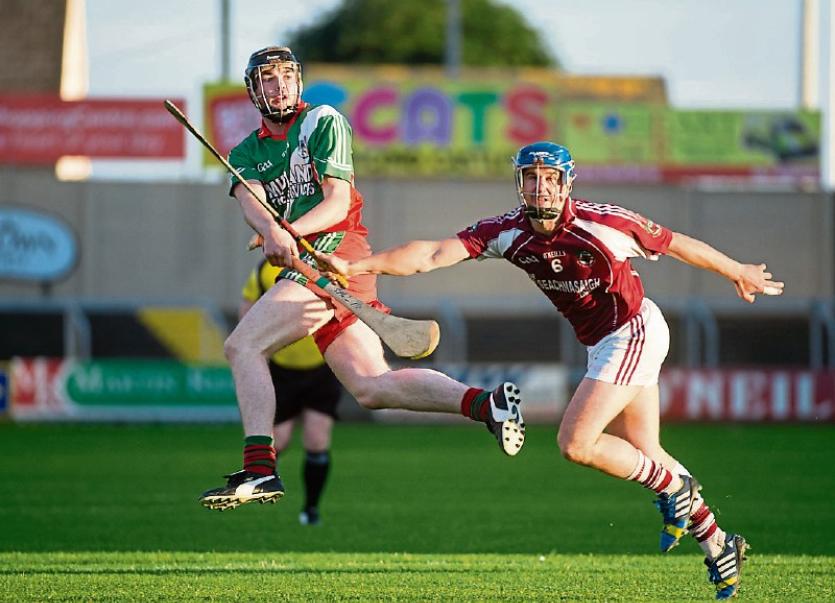 After a realtively quiet game by his own high standards, Ballinakill's Charles Dwyer was in the right place when it mattered to hammer home a late equalising goal to secure his side a replay.

During an hour of entertaining action, there was never more than two points between the sides until Borris-Kilcotton extended the lead to three late on with a super point on the run from Colm Stapleton. At that stage, Borris-Kilcotton's supporters thought their side had done enough but that was before Cha Dwyer intervened with a well taken goal after catching a well placed ball in from Seamus Dwyer.

Ballinakill had the majority of the goal chances on the day, including a penalty from Cha Dwyer that was brilliantly saved by Eoin Fleming on the stroke of half-time, but Borris-Kilcotton were better able to pick off their points with seven players pointing from play. The trio of Aaron Dunphy, Stephen Dunphy and Stephen Phelan were to the fore throughout and were at the centre of virtually all of Borris-Kilcotton's attacks.

It was a tough, physical encounter with a number of players needing treatment for cuts due to some tough but, in the main, fair challenges. Referee Brochan Reilly let things go when he could and he was very consistent in his decision making which allowed a competitive game to flow.

On balance, a draw was probably a fair result and supporters and neutrals alike can look forward to another entertaining hour of hurling this week between two very evenly matched sides.

Ballinakill were far quicker out of the blocks and had two shots on goal inside the opening two minutes. On both occasions they were denied Eoin Fleming.

Eventually Ballinakill opened the scoring through a Cha Dwyer '65 but that was quickly cancelled out by PJ Scully. On a calm evening, Dwyer put over two more frees, one from inside his own '45, to put Ballinakill in front.

Borris-Kilcotton hit back with the next three points, two from PJ Scully and one from Aaron Dunphy but from the 12th to the 18th minutes, Ballinakill hit four points from play as they enjoyed a purple patch. Sean Downey, Eddie Dwyer, Cha Dwyer and Eamon Jackman all found the target as Ballinakill dominated territory and possession.

However this was a game where the momentum swung time an again and Borris-Kilcotton scored five of the next six points to move back into the lead with PJ Scully hitting three frees and Stephen Dunphy and Eoin Fitzpatrick also finding the mark.

Sean Downey hit the sole point for Ballinakill in this period but they had a golden chance to go to the break ahead when they awarded a penalty on the stroke of half-time. Cha Dwyer drilled his shot to the left of Eoin Fleming but it was at a nice height and the 'keeper did very well to get his hurl to the ball and deflect it away.

The second-half followed the same pattern as the first with the sides virtually matching each other score for score.

A Cha Dwyer free was followed by a point from Stephen Phelan after Matthew Whelan had plucked the puck out from a forest of hurls. Dwyer lofted over another free but PJ Scully responded with a placed ball of his own.

A super point from Stephen Phelan put Borris-Kilcotton two ahead after 40 minutes but Ballinakill stayed in touch slotting over another free.

From the 46th to the 55th minute, it was score for score with Borris-Kilcotton getting two ahead but Ballinakill pulling it back to one each time.

However entering the last three minutes, Borris-Kilcotton looked to have made a decisive break when PJ Scully and Colm Stapleton put over two points in quick succession to put three between the sides.

That looked as if it was going to be a winning lead but Cha Dwyer was in the right place at the right time to win a ball from Seamus Dwyer close to goal and he turned and hammered it past Eoin Fleming who had no chance from such close range.

Cha Dwyer had a late chance to win the game in injury-time with a free but it missed the target and the sides will come back and do it all over again.