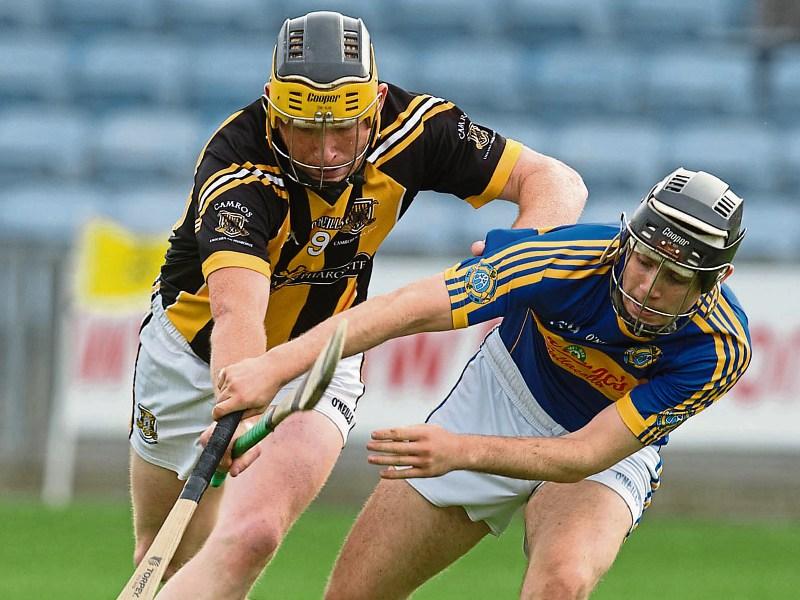 After needing a late point to overcome Rathdowney-Errill in the opening round, Camross laid down a serious marker on Saturday evening with an impressive win over Clough-Ballacolla that was as comfortable as the final margin of nine point on the scoreline suggests.

Playing with the wind in the first-half, Camross at one stage scored seven points in a row although Clough-Ballacolla rallied well and a goal from Stephen Bergin left them only three adrift at the break.

That left the game nicely poised with Clough-Ballacolla set to have the advantage of the significant wind but they never got back into their stride after the break while Camross defended well and were ruthless in attack adding goals from Dean Delaney and Dwane Palmer to seal their place in the last four.

What was perhaps most impressive about Camross' display was the spread of scorers. Five players scored more than once from play with three players scoring three points. Zane Keenan added five points, four from frees as they kept the scoreboard ticking over consistently throughout the game.

Clough-Ballacolla carried no such scoring threat with only Robbie Phelan scoring more than once from play. That lack of scoring opportunities was in large part due to the quality of Camross' defending, particularly the impressive half-back line, while the introduction of Michael Phelan after 20 minutes was important as he snuffed out the threat of the previously dangerous looking Stephen Bergin.

Over the hour, Camross were on top in almost every position although Lee Cleere certainly stood out for Clough-Ballacolla who struggled to make any impact with the wind with Camross outscoring them by 2-6 to 0-6 in the second 30 minutes.

Camross started with three unanswered points, one from a Zane Keenan free and two impressive scores from Andrew Collier from wide on the right. After a sluggish start, Clough-Ballacolla answered with four points on the spin to get in front after 12 minutes but that would prove to be the one and only time they led in the game.

For the next eight minutes, Camross took total control hitting seven points in succession with Darrell Dooley, Zane Keenan, Tomas Burke and Andrew Collier all on target. That run included three in a stunning 40 second spell as they twice won Clough-Ballacolla puck-outs and returned them straight over the bar without hesitation.

Against the run of play, Clough-Ballacolla got themselves back into the game when Stephen Maher did the donkey work and Stephen Bergin finished to the back of the net to get them back within three.

The gap remained at three to the break with Damien Keenan and Dooley on target for Camross while Damien Bergin and Robbie Phelan responded for Clough-Ballacolla.

Leading by 0-12 to 1-6 at the break, Camross turned around to play against the wind and kept up their momentum with Darren Gilmartin adding two points and Darrell Dooley only being denied a goal by some brilliant last ditch defending from Darren Maher.

Clough-Ballacolla almost had a goal at the other end but Tadhg Doran saved well from Stephen Bergin. Willie Hyland put over the resulting '65 but soon after Camross made the decisive break when Dean Delaney won a long ball forward, turned, bore down on goal and applied the finish past Danny Hanlon.

Zane Keenan added a point from a free and while Lee Cleere and Stephen Maher responded with points to reduce the gap to six, Camross struck for a second goal when Dwane Palmer rose highest close to goal, grasped sliotar and buried it home from close range.

That left Camross nine clear with ten minutes to go and from there the game petered out with the result no longer in any doubt.

Both sides added three points with Clough-Ballacolla corner-back Canice Coonan tapping over the last score but it was Camross who emphatically advanced to the semi-final.