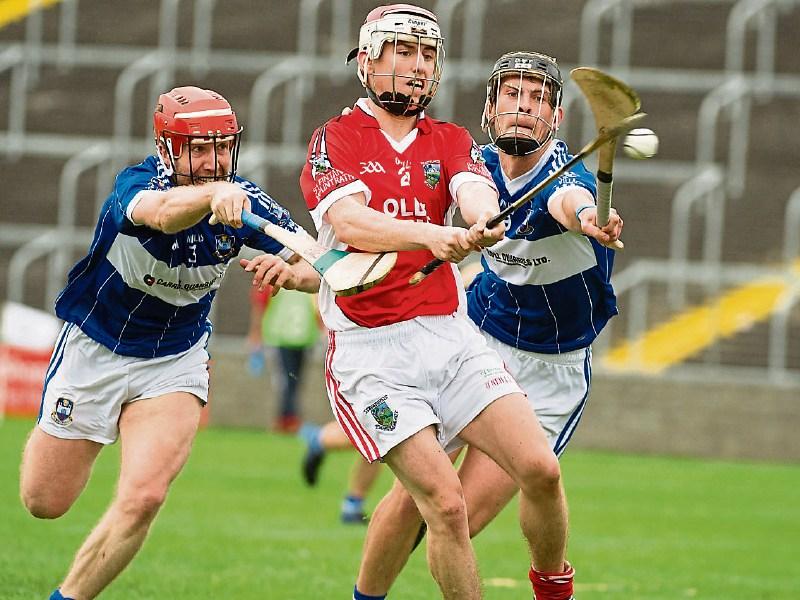 In the end Castletown cruised to victory over their neighbours Mountrath after a scrappy hour of hurling on Sunday evening.

Leading by 0-6 to 0-3 at the break, Castletown moved up a couple of gears in the second-half adding 2-8 to their total to register a ten point winning margin.

Castletown held a three point lead after a poor opening half hour that included 16 wides between the two sides. The strong cross wind did make shooting difficult but both sides were guilty of basic mistakes that resulted in a very scrappy game. Dylan Conroy had three points on the board for Castletown inside the opening nine minutes with Fionan Comerford scoring Mountrath's only point in the early exchanges.

Points from Wayne Sydes and Colm Lineahn did draw them level after 13 minutes but then followed 13 minutes without a score from either side as the wides steadily mounted.

Castletown did finish the half on the front foot with Dylan Conroy unlucky not to get a goal when his powerful drive was somehow deflected over the bar by Scott Hetherington. Conor Phelan and sub James Hooban added further points as a niggly first-half that had more than one outbreak of handbags drew to a close.

The second-half was also played on the edge at times and on another evening, with a less lenient referee, there could have been some red cards to go with the eight yellows that were shown.

From the restart, Castletown were much improved and eased away as the half progressed. James Hooban and Dylan Conroy notched early scores before Gavin Sydes ended a 26 minute spell without a score for his side with a point.

The next eight minutes however decided the game with Castletown adding 2-5 to end Mountrath's hopes. Dylan Conroy and Brendan Reddin got the goals with John Gaughan, Ryan Mullaney (2), Martin Phelan and Conroy getting the points.

Mountrath to their credit finished with a flourish adding 1-3 late in the game with Micahel Meade getting the goal and Gavin Sydes (2) and Colm Lanham the points but those scores were mere consolation as Castletown advanced to the last four with plenty to spare.